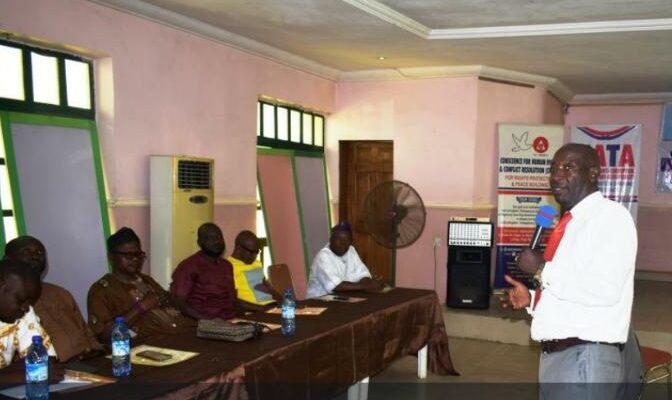 Conscience for Human Rights and Conflict Resolution (CHRCR) has called on relevant institutions to hasten the process of establishing Electoral Offences Commission.

The Executive Director of CHRCR, Comrade Idris Abdul Miliki made the call in Lokoja on Tuesday during a one day post-primaries engagement with political parties, organized by CHRCR in partnership with Civil Society Legislative Advocacy Centre (CISLAC), support from Mac Arthur Foundation, on prioritizing anti corruption and accountability issues towards 2023 elections.

CHRCR said there is need for more proactive measures by anti-corruption agencies in timely investigation and prosecution of political and election offenders.

Participants at the post-primaries engagement tasked political parties to endeavor they practice improved internal democracy, especially during the conduct of their primaries, conventions and all other elections.

They posited that political corruption has had severe implications on the quality of governance by throwing up persons with questionable characters for elections.

Participants condemned the outrageous alleged expenses and monetization of party primaries and the buying and selling of votes by political parties, which has led to the highest bidder emerging as candidates across board.

They unanimously agreed that genuine effort must be put in place to reduce the high level of poverty in the society to discourage people from embarking on corruptive tendencies, particularly during elections.

Eligible citizens were called upon to participate in the electoral process by registering and obtaining their permanent voters cards, especially now that the process by INEC is on going before the 2023 elections.

Comrade Miliki berated politicians for turning Nigerian electorate into commodities which they believed that can be purchased at will.

The activist noted that while the political parties are the major culprits in votes buying, the electorate who sell their votes are also culpable as there won’t be buyers if there are no sellers.

Miliki described vote buying and selling as a criminal offense, and tasked political parties to incorporate anti corruption and accountability issues in their manifestoes ahead of the 2023 Elections.

He explained that the failure of political parties to engage in adequate political education is major reason they become desperate to buy votes at the polls.

Participants commend the partnership between the CHRCR and CISLAC and the continuous support of MacArthur Foundation.

Spread the love
Tweet
Previous PostBaale of Egbe, Oba Abiodun Agbana Holds Thanksgiving After Confirmation by Kogi State Govt Next Post2023: APC May Not Have House of Reps Candidate for Kabba-Bunu/Ijumu Fed. Constituency