Home News 2023: APC May Not Have House of Reps Candidate for Kabba-Bunu/Ijumu Fed. Constituency 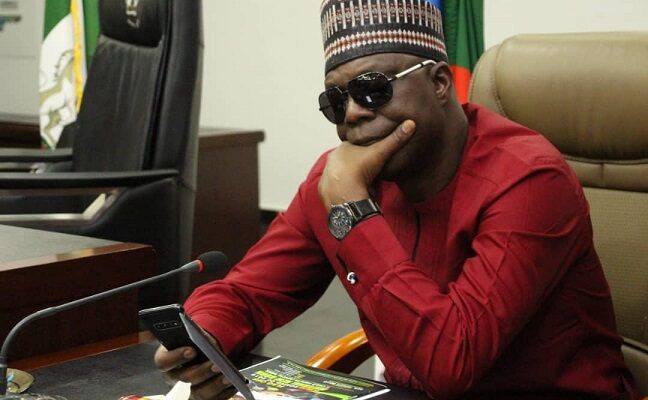 2023: APC May Not Have House of Reps Candidate for Kabba-Bunu/Ijumu Fed. Constituency

The ruling All Progressives Congress (APC) may not have a House of Reps candidate as the acclaimed winner of the primary, Prince Matthew Kolawole has failed to make theist of the Independent National Electoral Commission (INEC) as the flag bearer of the party for Kabba-Bunu/Ijumu federal constituency in the 2023 general elections.

The Speaker of Kogi State House of Assembly, according to our source who does not want his name mentioned, has gotten a court order to compel the APC leadership to forward his name to the nation’s electoral umpire after his name was reportedly missing.

Prince Kolawole’s inability to made the INEC list in anchored on the allegations of forgery of the list of Delegate List for the ‘Kangaroo Primary election’ that produced the Speaker candidate of the party which was rejected by other contestants.

According to sources, as far as Kabba-Bunu/Ijumu Federal Constituency is concern, the ruling All Progressive Congress (APC) does not have a candidate which has dashed the hope of the party to clinch the seat from the Peoples Democratic Party (PDP) which has held the position for long.

Prince Kolawole has spent days in Abuja, running helter skelter to between the Court, APC and the powers that be to safe him but no one is ready to listen to him.

Our source also added the Prince Kolawole might be charged to court for allegations of forgery.

It could be recalled that the Senator representing Kogi West, Smart Adeyemi had sacked his Senior Legislative Aide, Chief Cornelius Olowo over allegations of misconduct and unruly behaviour as well as forgery of list of Delegates st the election.

He was said to be the arrow head in the manipulation of delegates list in the primary election that produced the Speaker as the Flag Bearer of the All Progressives Congress (APC).