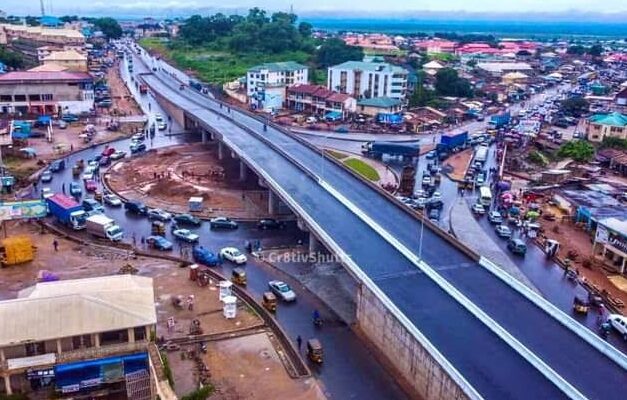 Chatting With a Friend on Gov Yahaya Bello’s Unprecedented Projects

AS it is the festive season, old friends and relatives exchange pleasantries and talk about current issues that bothers their minds. It was while exchanging pleasantries with a friend in Lagos State that the following chats ensued:

The Writer: Compliments of the season to you and your family. In Kogi, we shall be on a week vacation because in addition to Federal Government declared holidays, Governor Yahaya Bello has declared Thursday 29th, 2022 as public holiday in order for the citizens to welcome President Buhari who is to commission signatory projects which his administration executed.

Lagos Friend : Happy Christmas to you and your family. At last, we hear of projects to be commissioned in Kogi State. Please greet Buhari for me.

But to be honest, do we really have projects that were carried out by this administration of Governor Yahaya Bello? All we have been reading about him has not been positive at all.

The Writer : Somehow, what you said would have been the truth but as an eyewitness living in Kogi State, I can reliably tell you that he made some efforts and His Excellency is still making effort to make the state better than he met it.

To be honest as you put it in your statement above, there are some projects which he started during his second tenures after he has overcome the various political confrontations against him within and outside the state. The following projects are a few of what I can possibly remember as we chat here, though they may not be in the right order.

First but not the most important is the construction of the first fly over in Lokoja, the state capital which has boosted the road network and added to the aesthetics design of the major road in the city. Without being told, the project gulped a lot of money. It is worth mentioning that he started the flyover and completed it.

Also, he built a new modern Referral Hospital in Okene which is attested to be one of its kind in Nigeria. Without doubt, this project which is in the health sector has reduced the high number of unemployment in the country.” The hospital can boast of modern instruments including the first hospital based Hyperbaric Oxygen Treatment (HBOT) chamber in Nigeria. With this development, Nigeria becomes the fifth Country in Africa that can boast of such a sophisticated medical equipment. This is great news for Nigerian patients who hitherto had to travel abroad for such treatments.

Whoever has been following the trend of achievements in Kogi State Health Sector must have now seen the purposeful move to turn the State to a choice destination for Health tourism.

Besides, as the name of the hospital shows, patients who cannot be treated in Specialist Hospitals and Federal Medical Centres in the country are referred to the Reference Centre in Okene, thus in the nearest future, long after Governor Bello might have left office, Okene, Kogi State will be a place to be reckoned with in the medical field.

As it is, an embankment project started by the previous administration is still on going. Even though, a few of the detractors are saying it is World Bank financed project but it is noteworthy that daily, the State Commissioner for Environment, Chief Ade Omofaiye is seen supervising the project to ensure specification and standard. The embankment project will go a long way to turn Lokoja into a modern city as well as reduce the effect of flooding in that axis.

Worried by the stress and money which parents and students spend seeking universities admissions in other states, Governor Yahaya Bello also established Science and Technology University Osara, Okene which is now helping our children to secure admission within the state just as the established University has helped some people to get jobs and others to change their jobs.

As a Governor who has empathy for the citizens ,he realized that most of the roads are not motorable and therefore embarked on the reconstruction of Lokoja township roads and township roads in major towns and communities in the state. Such towns are Kabba,Okene and Idah. Most of the roads yet to be reconstructed such as the Barrack-Zango and Zone 8 – Crusher Roads have been awarded and hopefully they will be reconstructed before the end of this administration.

Still in the health sector, the Governor also built additional building within the Lokoja Specialist Hospital just as he gave the hospital a total facelift making it befitting for a state capital.

There are projects carried out in the educational sector. Such projects include the GYB modern school Adankolo, which he built from the scratch to completion and equipped with all necessary laboratories meant for secondary school. He is replicating same in other senatorial districts as vividly seen in Oke-Bukun community in Kabba/Bunu LGA of the state.

The Governor has respect for traditional institutions which made him to announce that selected palaces of First Class Kings will be built or renovated.

Against this background, he has renovated the Ohinoyi of Ebira palace in Okene and has put in place machineries to build or renovate palaces in the other senatorial districts.

Though a Muslim, Yahaya Bello is always scoring firsts as he the first Governor to build a chapel in Government House for Christian worshippers. No Governor before him ever gave such equal attention to the Christian citizens.

For more than 20 years, The Graphic Newspaper was housed by a colonial three- bedroom building. Late Governor Abubakar Audu had planned to build a Glass House for the newspaper but he was unable to do that. Rats and lizards struggled for space with the Editor and reporters in the old building. But Bello said it was not a good sight to behold. He changed the story and built a new gigantic building for The Graphic Newspaper. Though the radio station has been off air due to lack of transmitter even though the booster ones are working. He has promised to remedy the situation.

Less I forget, if you have ever visited Lokoja and you were around the old Township Stadium and you now visit the same place again which His Excellency has changed it to President Muhammadu Buhari Civic Center, you will be surprised and be doubly convinced that Bello has a lot of projects to his credit…….

Lagos friend : (cuts in) Hmmmm, with these, can I say he has a very poor PR. Perhaps he is not doing proper publicity. Other governors from different parts of the country do buy air time on television stations in Lagos for publicity. All we hear about him is negativity.

The Writer: We can not conclude like that. Let me say he is trying also in the area of publicity. Let me borrow the Yoruba saying that says even if we pound yam in leaf and cook soup in groundnut shell, one who will be satisfied will be and anyone who will not …..

Lagos Friend: Enjoy your Christmas and Yuletide holidays. Remember to greet Mr President for me.

The Writer: I will, my regards to your family.

Welcome to Kogi State, Our President.

This piece is sent in by Adebayo Aka
Director Information, Kogi State House of Assembly