Home News Cash Transfer: FG Begins Payment of N20,000 Each to Over 74,000 Vulnerable Households in Kogi 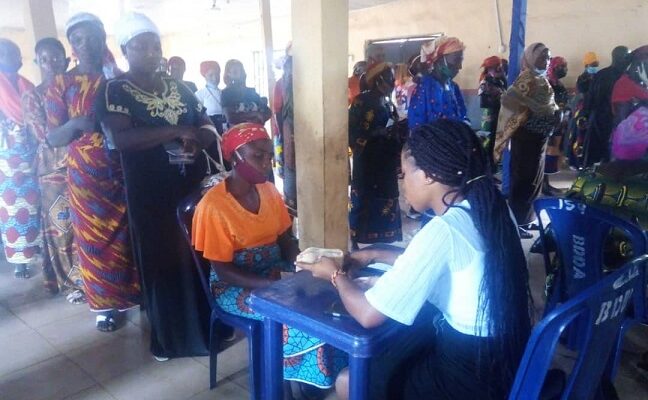 Cash Transfer: FG Begins Payment of N20,000 Each to Over 74,000 Vulnerable Households in Kogi

The Federal Government has commenced payment of N20,000 stipend to each of over 74,000 beneficiaries in Kogi State, under its Conditional Cash Transfer (CCT) of the National Social Investment Programme (NSIP).

The CCT is the disbursement of N5,000 monthly stipend to the poor and the vulnerable households under the NSIP through the Federal Ministry of Humanitarian Affairs, Disaster Management and Social Development.

Mrs Falilat Abdurasaq, the Head of Kogi State CCT Unit, told News Agency of Nigeria (NAN) at the payment venue on Saturday at Abocho, Dekina LGA, that the essence of cash transfer was in fulfillment of President Muhammadu Buhari’s promise to lift 100 million Nigerians out of poverty.

She noted that the disbursement had started since on Thursday, and over 7000 beneficiaries have received N20,000 each across Dekina LGA.

According to Abdulrasaq, all the 21 local government areas in the state have been benefiting and will benefit from the ongoing payment.

She stressed that the CCT was targeted at the poorest of the poor in other to bring them out of poverty, adding that it had impacted the lives of the beneficiaries through the trainings they received on group formation.

”Our beneficiaries have developed saving culture and are into different forms of contributory savings like ajo, esusu, among others.

”They have also acquired skills and assets individually and in groups across the State. Their consumption level has improved overtime”, she said.

She, however advised the beneficiaries to always use the money for its intended purpose, and continue to attend trainings, coaching and mentoring sessions to improve their lives, saying ”because with Cash Transfer, ‘Beta Don Come’ ”.

Abdulrasaq commended His Excellency, Governor Yahaya Bello, for his great support and commitment to the welfare of the people of Kogi State, particularly the poor and vulnerable.

Some beneficiaries who spoke to NAN at disbursement venue, expressed joy over the payment, and thanked President Muhammadu Buhari, and Governor Yahaya Bello, for the kind gesture towards the poor and vulnerable at the grassroots.

Mrs Sefiat Yusuf, Mrs Agagwu, and Mrs Hauwa Musa, who are all widows from Elika, Ogbabede and Olowa communities respectively, eulogised the federal government for bringing succour to them and improving their wellbeings.

”The money has transformed my life and my three children because I am a widow, and I have been able to start small business”, Musa said.