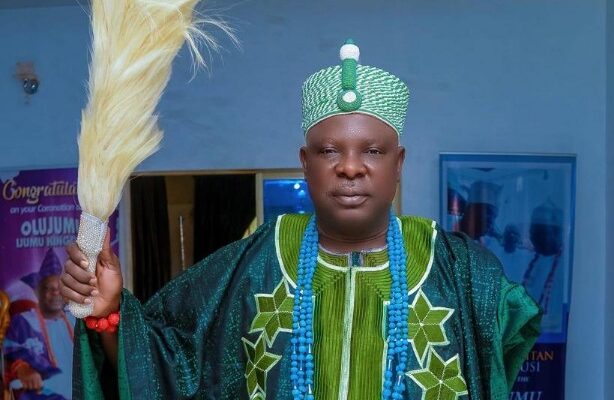 The candidate of the African Democratic Congress (ADC) for Kabba-Bunu/Ijumu Federal Constituency in the 2023 general election, Architect Salman Idris has congratulated the paramount ruler of Ijumu Kingdom, His Royal Majesty, Oba Williams Olusegun Ayeni on the occasion of his birthday.

Arc Salman described the paramount ruler as great leader with a clear vision whose impacts and achievements are visible in his domain.

“His Royal Majesty has contributed immensely to the security, growth and development of Ijumu Kingdom. He is readily available to make sacrifices to promote the interest of his Kingdom and we cannot but thank God for the gift of a worthy father like Oba Olusegun Ayeni at this time” Architect Salman said in a statement.

The ADC candidate prayed to God to grant His Royal Majesty Oba Williams Olusegun Ayeni long life and good health in his quest to make Ijumu a better place for all.

Spread the love
Tweet
Previous PostEchocho: The Poster-Boy of Yahaya Bello's Albatross Next PostKogi West: With BVAS, There's No Hiding Place for Anybody - Karimi