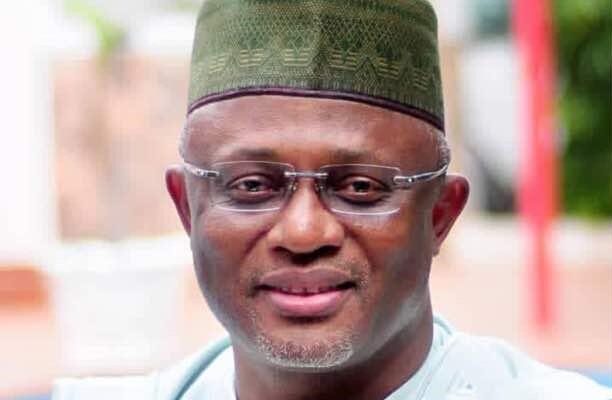 The Chairman of  Nasser Ahmed for Tinubu/Shetimma presidential support group,  Barr. Nasser Ahmed  has congratulated governor Yahaya Bello of Kogi state for a historical and successful hosting of his Excellency, President Muhammad Buhari during the commissioning of beautiful legacy projects.

In a congratulatory message, Barr. Nasser said Governor Bello has demonstrated what he described as leadership of commitment and result oriented governance which have been epitomized through the execution of the legacy projects that have just been commissioned.

“This is leadership of commitment. His excellency, Alhaji Yahaya Bello has indeed proven that he is committed to good governance. Leadership goes beyond mere expression. Leadership is action. Governor Bello is an action-inclined governor. The visit of Mr President is historic. And it has also reaffirmed the father-son relationship between Governor Bello and Mr President,” Barr Nasser said .

On the successful executions of the legacy projects despite the economic woes that have bedeviled the global community , leading to slim flow of funds and other resources, Barr. Nasser praised the governor for standing out among others in the execution of those projects whose impact and usage will outlive his tenure.

Some of the projects commissioned included the Referral Hospital, Okene; Ganaja Flyover, the first of its kind and Confluence University of Technology (CUSTECH), Osara. Others were Confluence Rice Mill, Ejoba; GYB Model Science secondary schools, Adankolo and Township road network in Idah, Okene and Kabba.

“All the projects Mr Governor executed are what we need as a state. They are all projects with indelible impact. We should be thankful to God we have those projects in our time. I commend Mr Governor and his team for this laudable Projects”, Bar Nasser said.

Nasser Ahmed For Tinubu and Shettima,  is a Frontline presidential support group established by Alhaji (Bar.) Nasser A. Ahmed and his enormous supporters. Alhaji Nasser is the Dan Darman Lokoja, one of the most reserved and Prestigious chieftaincy titles in the Lokoja Emirate. He is also an erudite legal luminary and a successful business tycoon.