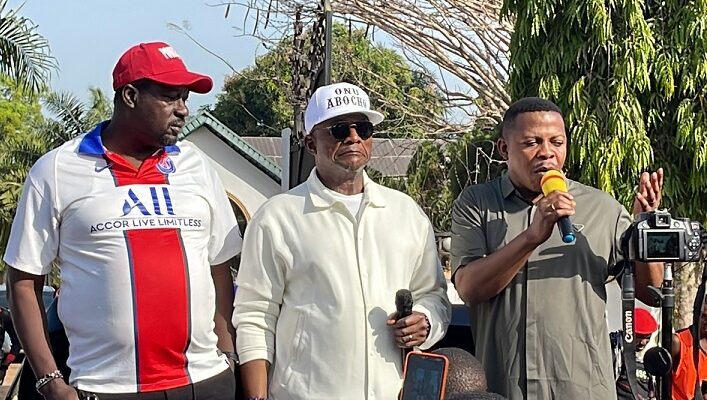 The Onu Abocho, HRH Ajofe Okai Jonah Idrisu (Onyebe Okenyi 1V) has called candidates and members of political parties, especially All Progressive Congress (APC) and Peoples Democratic Party (PDP) from Biradu to eschew violence during and after the 2023 general elections.

The monarch made the call during Abocho Peace Marathons and called on organisers of the event to foster unity in the entire Biraidu during and after the coming elections.

Onu Abocho noted that he had addressed politicians and other stakeholders on the need for peace to reign during and after the exercise.

While berating some political parties for their lack of clear ideology, he insisted that in the coming elections people are more likely to vote for credible candidates rather than parties, as according to him, “enlightened people will not follow the party.”

“With both candidates on the different political parties affirming their commitment to the violence-free election in Abocho the town is expected to witness a violence-free process’s 2023.”

Peace Marathon had in attendance the Federal House of Representative candidate of the Peoples Democratic Party, Comrade Usman Okai Austin and the State House of Assembly candidate of the ruling All Progressive Congress, Hon Usman Ochidi (Powerful).

Also at the event were Hon Odoh Akowe, the APC presidential campaign DG for Biraidu; Mr. Danjuma Thunder, Idris Husseini Papa and others.

Recall that Abocho the headquarter of Biraidu and is knowns for electoral violence, meanwhile youth violence is a major problem in the Dekina local government which always makes the most populated council lose its political relevance because there votes largely being destroyed as the result of violence.