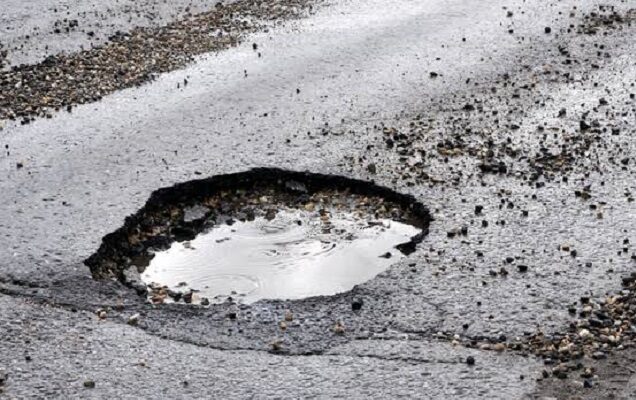 First, I wish to sincerely appreciate the effort of the present administration under the leadership of His Excellency, Alhaji Yahaya Adoza Bello and the Deputy Governor of Kogi State, Chief Edward David Onoja, CIK.

The past administrations also played her role in the state with construction of major and minor road networks across the state.

There are on-going road constructions in the state capital and some other local government areas of Kogi State. The main project is the Ganaja Flyover, which is under construction, as influenced by the present administration with a promise to complete and commission the project by December 2021.

If you take a look at the road from Lokoja to Abuja, incessant accidents on this road has sent many lives to early grave. The same thing applies to the road between Adogo to Ajaokuta, which is very much under control as the project is ongoing.

From there, the Ajaokuta-Itobe road was a death trap then before the intervention from the Federal Road Maintenance Agency (FERMA). As we speak, some major works are ongoing between Ajaokuta and Itobe bridge as the removing and replacing of bridge demarcation iron are ongoing.

Information made available to me has it that some hoodlums are coming to the Itobe bridge at night to steal the most important items used in the making of the bridge. On this note, permit me to advise the State Government, in collaboration with the Federal Government of Nigeria, to kindly make provisions for electric shock wire connections to harm unauthorized people who are nothing but overnight thieves.

Permit me to jump to reports on some other roads in Kogi East.

Your Excellency Sir, you are known to be one of the Governors who took the security of the people as your major responsibility to make sure lives and property are secured.

Your Excellency Sir, you always do something unique during the rainy season and the ember months. I appeal that you re-launch ‘Operation Road Side Clearing’ to curb the menace of insecurity in the state. I was in the state recently and discovered the need to commence the operation clean up the road side grasses and trees on the express road.

Sir, I wish to draw your attention to the bad state of Itobe-Anyigba road, now that we are very close to Christmas season. Festive season requires more security measures than every other months in our calendar.

I wish to call on the State Government to do something about the lackadaisical attitude of the trucks drivers plying Lokoja – Itobe and Anyigba road, most especially the Dangote trucks.

They park their trucks anywhere at will, simply because they don’t value human lives and the State Government is not  implementing tax to them for wrong and intentional double parking of trucks.

On this note, I want to advise the State Government to use the opportunity to build a standard and multi purpose truck park in those areas needed in the state or be fast to introduce penalties to all trucks who wrongfully park or abandon their vehicles from now on. To the advantage of the State Government, offenders’ tax will boost the state revenue if it is wisely initiated and handled or taken care of by intelligent people in the transport system.

I also want to use this privilege to call on the State Government to do everything possible to provide towing  van/vehicle to manage the menace of faulty trucks and vehicles that may likely develop one problem and the other on the roads.

I was on the transit between Itobe-Ajaokuta recently. As an eye-witness, I observed a truck with mechanical fault still managing to move. It ended up double crossing the major road and stopped other oncoming vehicles, including the one we boarded, I personally put a call to the Kogi State Commissioner for Transportation, Hon. Okwoli, and I introduced myself to him briefly, after which I told him the situation of that truck blocking all the oncoming vehicles using the road at that very early in the morning. This happened at about 8:45AM on that day.

They are intentionally doing this because they are no penalties allocated to such acts. Let the State Government wake up to do the needful, please.

Coming to Tilling Companies in Ajaokuta, I want to call on the office of the Commissioner for transportation and Kogi State Government to do the needful very quickly on the wrong parking of truck awaiting for delivery of materials or waiting for loading of tiles in that environment.

It has been observed that the blockage in this area is a very bad one. And should be looked into immediately, please.

Still on the road report, I want to say thank you for the state government’s intervention on the bad condition of road between Itobe and Ojodu market square in Ofu LGA of Kogi State. The state of the mentioned road has worsened and has claimed many lives before their time, due to bad conditions of the road. I could recalled that the last incident which claimed eighteen lives occurred immediately after the Ojodu bridge, on your way to Anyigba.

Many individuals has promised to fix the road but it was all unfulfilled.

The intervention of the State Government by visiting the scenes, marked them and work upon such roads is highly appreciated. Now, we have a very smooth ride and movement between Ojodu to Ojuwo-Olijo village.

Now that those area have been taken into consideration, other little portions of the bad road are becoming bigger and has turned to death traps as we speak due to too many potholes located on the road between Ojuwo-Olijo down to Ajogidibeje junction. We are appealing to the State Government to please visit the area of complaint and fix the problem of potholes on these roads.

In addition to this, the speed of road users on the Anyigba – Lokoja road is hellish and it will be nice if the State Government can consider lower road bumps in some busy villages and major communities on this road to control over-speeding.

Thanks for giving me the opportunity to express my interest while I look forward for quick intervention.