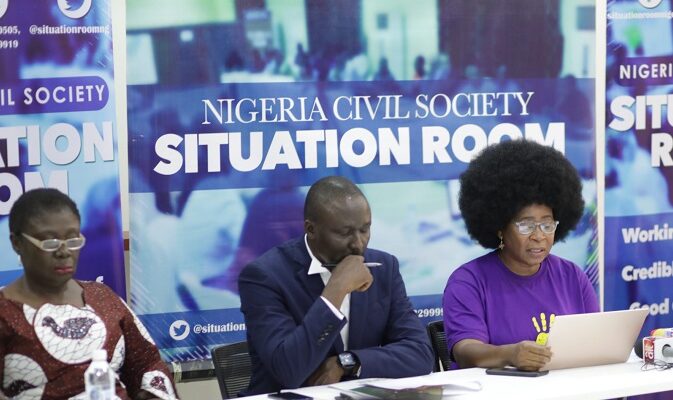 In a statement issued on Tuesday in Abuja, Situation Room noted that the series of violent attacks recorded in different parts of Anambra State in the past two months and the sit-at-home orders in the South-East region by the Indigenous People of Biafra (IPOB) have given rise to a volatile atmosphere in the State.

The statement jointly signed by the convener, Ene Obi and co-conveners, Asma’u Joda and James Ugochukwu, stressed that the most recent sit-at-home order for 5th to 10th November is particularly worrying.

“Situation Room is concerned that these developments may adversely affect the preparations of the Independent National Electoral Commission (INEC) and other stakeholders for the election and the ability of voters to freely participate in the election.

“INEC having repeatedly given assurances of its preparedness to proceed with the election in the midst of these security concerns, should ensure appropriate deployment of properly trained ad hoc staff and election materials, as well as adherence to all relevant guidelines and protocols in the conduct of this election.

“Political parties and their candidates should refrain from all forms of schemes and gimmicks capable of creating further tension in the State. At this time, they should commit to playing their roles towards a peaceful election, call their supporters to order and urge the electorate to come out and cast their votes,” the statement read.

Situation Room called on IPOB and other aggrieved citizens in Anambra State to allow citizens to vote at the election in order to make their choice of a governor and avert a situation where a leader is imposed on the state.

Situation Room further urged IPOB to call off the sit-at-home order and allow people to go about their businesses.

“Sustained adherence to these orders is adversely affecting the economy of the South-East region and plunging the citizenry into poverty.

“On this note, the Federal Government should make all necessary efforts to create synergy and dialogue with aggrieved persons and groups in Anambra State and the entire South-East region, to create consensus and resolve all festering issues.

“The safety of election personnel, voters and election materials is crucial, and should be a paramount consideration as the election approaches. Section 29(3) of the Electoral Act 2010 (as amended) empowers INEC to request the deployment of relevant security personnel for the purpose of securing the electoral process. Situation Room calls on security agencies to have utmost regard for human rights as they carry out their responsibilities in securing the electoral process as directed by the electoral umpire. Security personnel on election duty should display neutrality and professionalism, as was largely observed in the Edo and Ondo States governorship election.

“The low voter turnout recorded in previous election cycles in Anambra State is worrying and raises the question of a possible recurrence in the upcoming election, given the situation in the State at this time. Situation Room calls on INEC to adopt a widely accessible process for the distribution of Permanent Voter’s Cards (PVCs), to ensure that all newly registered voters are able to receive their cards in good time to participate in the election.”

Situation Room enjoined the people of Anambra to obtain their voter’s cards and come out in their numbers to cast their votes on the 6th of November 2021. Elections are one of the major ways in which democratic governments maintain legitimacy.

“Situation Room therefore calls on all stakeholders, to play their respective roles and act responsibly towards the actualisation of a free, fair, credible and peaceful election that will be reflective of the wishes and aspirations of the people of Anambra State.” 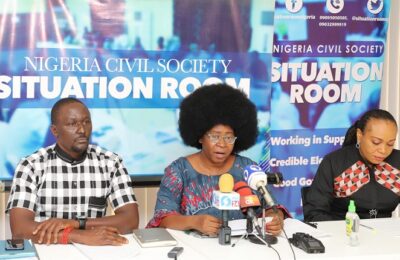 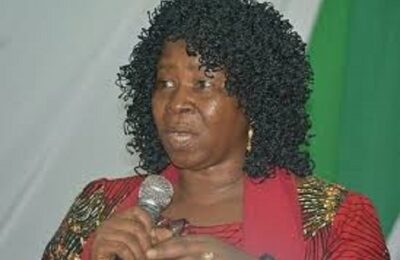