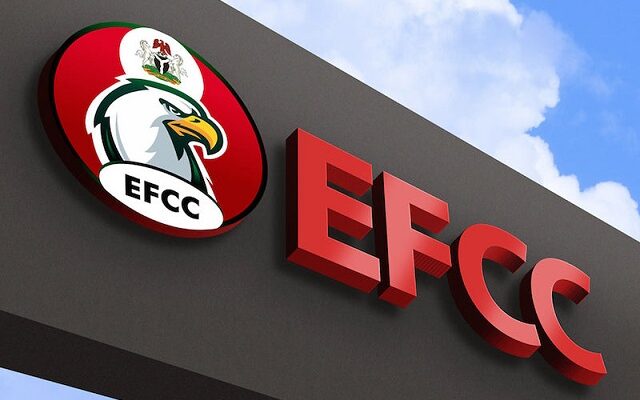 The Economic and Financial Crimes Commission (EFCC) has described the widely reported criticism of the commission by a former President of Nigeria Bar Association, Olisa Agbokoba, SAN, as “indecorous and utterly irresponsible attempt to dress it in the borrowed garb of a lawless entity and a meddlesome interloper, who has no business probing the stealing of Kogi State resources.”

In a statement issued by the commission’s head of media and publicity, Wilson Uwujaren, EFCC said the manner in which “Agbakoba delivered his message in the so-called media briefing, he sounded more like a spokesperson of the Kogi State Government than an advocate of the rule of law.”

Nwujaren said it is morally reprehensible for a learned silk of Agbakoba’s calibre to promote the view that state governments cannot be questioned on how they use the resources of their states, and that law enforcement organizations cannot investigate cases of alleged wanton theft of Kogi state’s resources.

“In all his tirades, no evidence was presented to support his claim that the EFCC has been lawless, nor did he mention any law which the Commission’s investigation of the finances of the Kogi State Government violated.

“Instead, his refrain was to a non-extent decision of the Supreme Court which he also failed to electorate upon.

“But it is important to state that contrary to the views of Agbakoba, the Supreme Court at no time delivered any judgement which forbids the EFCC from investigating fraud cases involving a state government. The learned counsel ought to have known that the Apex Court of the land as far back as 2010 in JOLLY TEVORU NYAME V FRN (2010) 11 NWLR (PT.1193)344 held that the ‘claim that the money belongs to Taraba State and that the state has exclusive claim on it to the exclusion of any other authority by virtue of section 120 of the 1999 constitution cannot stand.’

“Furthermore, Agbakoba’s erroneous views ought to be tempered by the decision of the Supreme Court in A.G ONDO STATE v. A.G., FEDERATION (2002) 9 NWLR [pt.772] page 222 at page 308 where the Honourable Court held: ‘It has been pointed out that the provisions of the Act impinge on the cardinal principle of federalism, namely, the requirement of equality and autonomy of the State Government and non-interference with the functions of State Government. This is true, but as seen above, both the Federal and State Government share the power to legislate in order to abolish corruption and abuse of office. If this is a breach of the principle of Federalism, then, I am afraid, it is the Constitution that makes the provisions that have facilitated the breach of the principle. As far as the aberration is supported by the provision of the Constitution, I think it cannot rightly be argued that an illegality has occurred by the failure of the Constitution to adhere to the cardinal principles which are at best ideals to follow or guidance for an ideal situation.’

“Lastly, the learned Silk should also know that his views are totally unsupported by the facts, circumstances of Kogi’s case and the decision of the Court of Appeal in KALU V FRN & (2012) LPELR- 9287 (CA) which decision knocked the bottom out of the contention of Agbakoba.

“From the decisions of the Appellate Court it is clear that whilst the State Assemblies can investigate finances of their states, they are not empowered to investigate and prosecute fraud cases; that responsibility lies with agencies such as the EFCC,” the statement said.

EFCC noted with concern that “had this view been promoted by any other lawyer than Agbakoba who rose to national prominence as advocate of civil liberties and anti-corruption, it would have been pardonable.

“When men who are seen as conscience of the nation begin to approbate and reprobate on an issue, it is almost certain they are driven by motives which could be far from altruistic.

“Despite not being counsel to the Kogi State Government, Agbakoba had no scruples using the media to pontificate on a matter that is currently before a court of competent justification. This, to him, does not amount to a media trial of the EFCC!

“In his game of ostrich, Agbakoba continually harped on Section 46 of the EFCC Act but ignores the provisions of Section 7 of the same Act and various provisions of the Money Laundering Prevention and Prohibition Act, the Advance Fee Fraud Other Fraud Related Offences Act, etc., which gives the Commission power to investigate all fraud cases.

“Why is Agbakoba so jittery about the robust response of the EFCC to corruption that he would openly incite the next administration against the Commission? That essentially was the agenda when he said: ‘So the candidate (2023 election candidates) must tell us what they are going to do with all these agencies because we need to know if they are going to allow the EFCC to continue to engage in media trials and carry on as the attack dog of the Federal Government against other arms and levels of governments.’

“Is the Federal Government of President Muhammadu Buhari against Yahaya Bello Administration of Kogi State? Where does Agbakoba get his logic of attack dogs? What is a media trial, when a case has been filed in court and the defendants have taken their pleas? Should Nigerians have been kept in the dark that a certain nephew of Yahaya Bello is facing a N10billion fraud trial?”

Uwujaren insisted that EFCC is not averse to criticisms but it will not ignore jaundiced views masked as advocacy for rule of law.

“No amount of intimidation and sponsored attacks will deter the Commission from investigating cases of corruption in any level of government, or involving any individual however well placed, until we rid our nation of this monster.”