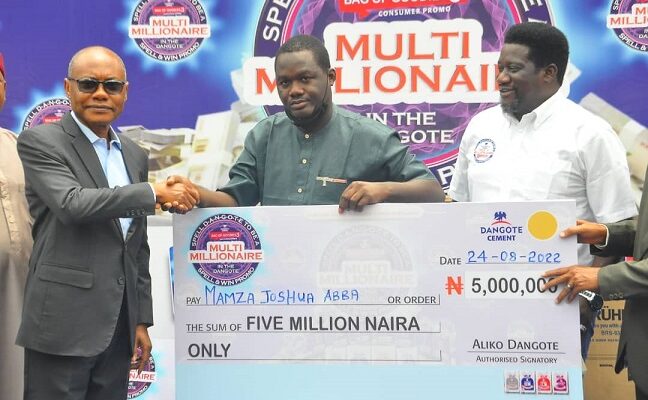 It was a celebration galore in Abuja on Tuesday as a 35-year-old bachelor who is preparing for his wedding won a star prize of a N5 million at the ongoing Dangote Cement promotion.

Ayuba described the award as a dream comes true.

“I was told that I was a lucky winner of Five Million Naira. I thought it was a joke. I did not believe that the Dangote Spell and Win Promo was real in the first place, so it came as a surprise. I could not speak for a moment,” he said.

The construction supervisor disclosed that he bought close to 200 bags of Dangote cement when it happened.

“When I got the alphabet O, which eluded me after collecting the other alphabets to complete the spelling of ‘D A N G O T E’ I was elated. Honestly, I am happy right now and wish to become a distributor of Dangote cement as soon as possible” Mamza said.

Aside from the Big Win, five others .were lucky winners of One Million Naira each while instant consolation prices, fridge, and television sets etc. were won during the event.

The Regional Director, Sales, Dangote Cement Plc, George Bankole, described the ongoing “Bag of Goodies Season 3” National Consumer Promotion as a way of giving back to the consumers and retailers of the Dangote Group.

He said the promo will help ginger the economy as more money is entering into the hands of consumers and businessmen through the prizes that are being.

“Customers and distributors of the product, as well as other Nigerians, can be millionaires many times over. The promo, initiated by the President/CE, Dangote Industries, Aliko Dangote is all about changing the lives of Nigerians, especially with the current situation of economic challenges facing the country,” he said.

The Pan-Africa Cement manufacturer had weeks ago unveiled a Spell Dangote and become Millionaires in a season 3 of its Bag of Goodies National Consumer promo, in Lagos during which the Company announced that 500 consumers would win a million naira each, while another 100 would win N5million Naira within four months.

National Sales Director, Dangote Cement, Mrs. Funmi Sanni explained that Dangote Cement as a customer caring organization considered no amount as too much to splash on its customers because they are the reason for the existence of the organization.

Representative of the Federal Competition and Consumer Protection Commission (FCCPC) Mr. Dauda Ahmadu Waja described the Dangote Cement Promotion as very transparent, adding that the commission was elated to see that consumers are satisfied.

The exercise was also conducted under the watch of the National Lottery Regulatory Commission which was represented by Mrs. Ikwo Odiongenyi of the Licensing and Operation unit.

The Season 3 promo is expected to produce 125 millionaires monthly with N1 billion in total to be won both cash and otherwise. 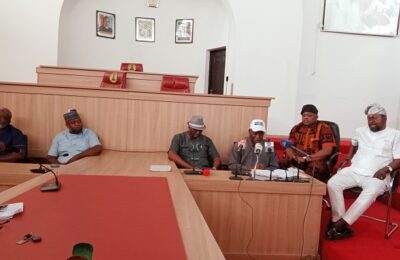 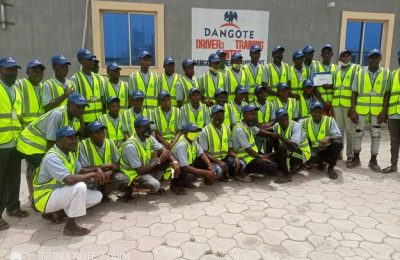 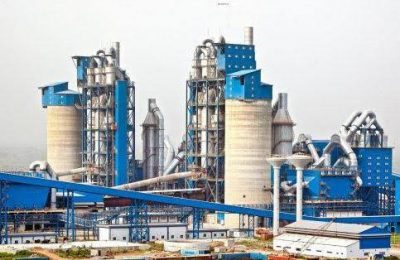