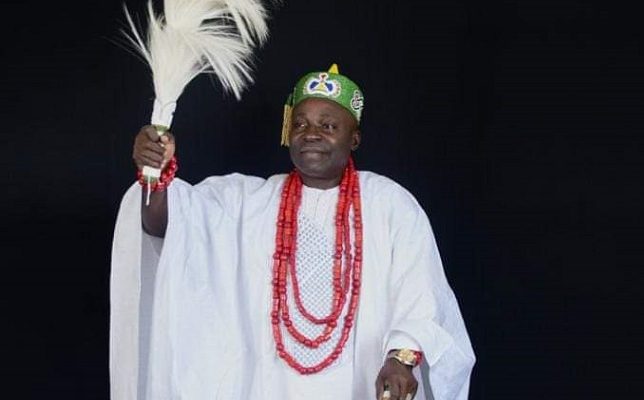 According to John Milton, “He who reigns within himself and rules with passions, desires and fears is more than a King.”

These including the sterling qualities of humility and love are what define the personality of His Majesty, Oba Moses Babatunde Etombi, the Agbana of Isanlu and Chairman, Yagba East Local Government Traditional Council of Kogi State.

Oba Moses Etombi, a goal getter,resourcefuland lover of God was born on the 15thof July1965 to the family of Mr. and Mrs. Ephraim and Comfort Etombi in Shendam, Plateau state.

His passion for education made him to obtain his first school leaving certificate at the ECWA/LEA Primary School, Makutu Isanlu, East Yagba LGA between 1972- 1978.

Not giving up on his dream, Oba Moses Etombi  proceeded to Titcombe College Egbe, in Yagba West Local Government Area where he graduated with flying colours for his GCE/WAECCertificatein 1984.

The well respected Monarch got his Ordinary National Diploma in Business Administration and Management at the Federal Polytechnic Nasarawa, Nasarawa State from 1987 to 1990 and proceeded to Akwa Ibom State Polytechnic, Ikot-Osurua,Akwa Ibom State for his Higher National Diploma Business Administration and Management between 2000 and 2002.

Knowing fully-well, what the future holds for him, Oba Etombi got a Certificate in Customer Service and Management Nigerian Institute Of Management (Chartered) 2012.

Having worked meritoriously for different organizations for over twenty seven years. Oba Etombi resigned from Coscharis Motors to established his Auto Sales and Service Companies, Etombi Auto Garage Ltd. Abuja and MOSBET NIG LTD, Abuja and he is the Managing Director, 2017-  2018.

In fulfilling his God given destiny, HRM Oba Moses Babatunde Etombi was nominated by Isanlu Traditional council on 16th November2018 as the 9thAgbana of Isanlu, while the nomination was approved by Kogi State Executive Council  on the 25th September 2019 by the Kogi State Government Executive Council.

Consequently, one unique achievement of the Agbana of Isanlu is his capacity and unrelenting ability to unite the people of the Community due to his believe in collective responsibility in actualizing unprecedented success.

There is no doubt in the fact that His Majesty, Oba Moses Babatunde Etombi has indeed demonstrated the fact that he is the right choice for the people of Isanlu and Yagba East Local Government.

Upon his ascension of the throne, he saw the need to unite the people of Isanlu Kingdom following apprehension of inequality within some communities especially the satellite communities to the municipal ones. Without wasting time, he set the ball rolling bydrafting a courtesy visit letter to all and visited all the communities assuring them of fair deals.

He also used the opportunity to listen to their challenges and difficulties which he took proactive steps to get them resolved without delay. The Agbana, a distinguished Monarch, who understands what it takes to be a Leader, gave equal treatment to all Traditional Rulers in Yagba East, thereby, giving them a sense of belongings.

In a bid to correct several injustices in traditional stools, Oba Etombi gave his unflinching support to the grading of non graded traditional stools and this singular act has also fosteredunity among members of Yagba East Traditional council.

Also, tackling the level of youthrestiveness was a great challenge when Oba Etombi ascended the throne of his forefathers with high rate ofunruly behaviorsand indiscipline which are alien to Isanlu Kingdom.

To curtail this, he quickly set up a youth wing of IPU although selected with the mandate of getting the dealers of illicit drugs and sellers arrested and followed up on their prosecution. This move has reduced thecrime rate and other vices in the Community.

In the Area of Security, Oba Etombi as the Paramount Ruler of Yagba East has made move to reduce farmers-herders clashes which has threatened lives and property in the past with regular meetings with Land owners and Leaders of the herders.

The introduction of cash rewards to security operatives by the Monarch from companies, particularly Chinese Wood Company, has boosted the morale of personnel.

It is on this note that all and sundry must support the workaholic, pragmatic and vibrant Oba Moses Etombi in his quest to maintain peace and attract development to the community.

By so doing, the ancestors and founding fathers of Isanlu will be proud that their effort to build a united, peaceful and prosperous community was not in vain.