Home News 2023: We Are Democrats, We Do Not Need Arms to Win Elections, Fanwo Replies Group 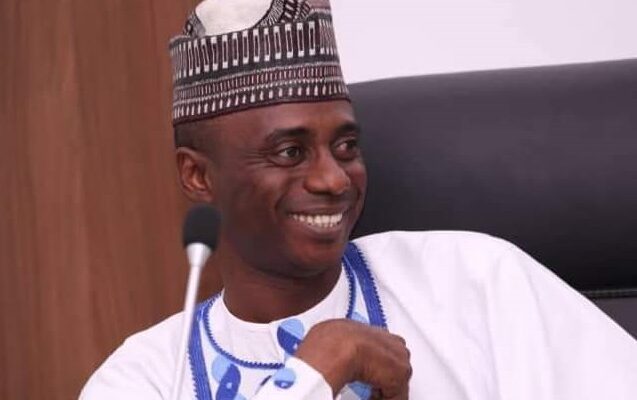 The Kogi State Commissioner for Information and Communications, Hon. Kingsley Fanwo has reacted to the call for his arrest by a group who accused him of “undemocratic utterances” and “arms stockpile” ahead of the 2023 election, describing the allegation as “spurious , laughable and ridiculous”, saying the group must have been sponsored by people jittery ahead of the elections.

In an exclusive chat with Kogi Reports, Friday, Fanwo said there was “nothing undemocratic in his utterances”, insisting that he only charged APC members in the Local Government to continue the winning streak for the party.

“I am not violent. I am a democratic who believes in the sanctity of the ballot. I have read the allegations in a couple of online news and I must say Kogi Reports have displayed professionalism to reach out to me for comments unlike others.

“What we had was a brainstorming meeting of the key stakeholders of the party in the Amuro District of Mopamuro LGA and what we discussed was how to win the next round of elections convincingly for our party. Our strategy is anchored in the fact that our candidates are the best for the people and I will never be party to violence. My style of politics is built on the power of conviction and not compulsion. We are committed to free, fair and credible elections and we are confident of winning and winning convincingly.

“I will urge the opposition to avoid frivolous allegations and concentrate on fair play. They have resorted to propaganda now because they are scared,” he said.

Fanwo challenged the group to present evidence of their claims to the law enforcement agencies if they have any, saying the opposition won’t win any sympathy by hiding behind some cash and carry groups to denigrate the character of people.