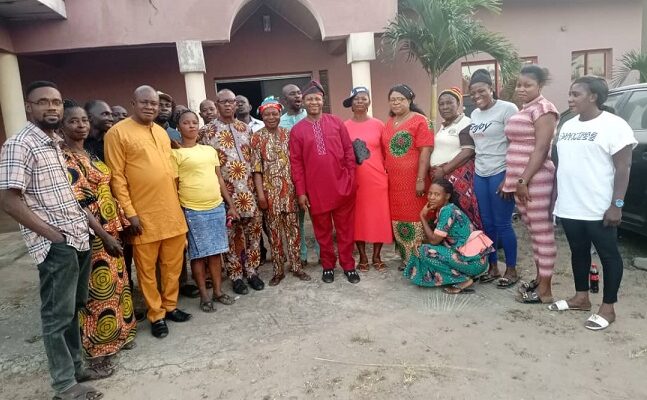 Kogi governorship aspirant, Hon. Dayo Akanmode has called on all party leaders and supports to work round the clock to ensure victory of all candidates of the All Progressives Congress (APC) in the 2023 general elections.

Akanmode made the call when he played host to leaders and stakeholders of the party in Ayetoro Ward 2.

According to Akanmode, the meeting was “an avenue to interact and to celebrate the birth anniversary of our lord Jesus Christ through whom alone we were sustained in the year round even amidst all odds.”

He applauded the party members for their resilience and the confidence they reposed in his leadership and loyalty to the overall interest of the party.

He reiterated that the victory of all the party candidates in the forthcoming general elections starting from the presidential to the State House of Assembly should not be compromised.

All leaders present at the meeting eulogized the consistent character displayed over the years by Hon Dayo Akanmode which has impacted many lives and the courage with which he is presently pursuing his governorship vision for the state.