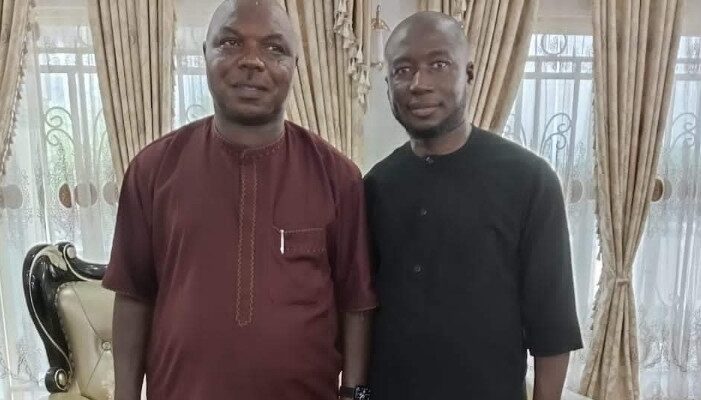 A chieftain of the Peoples Democratic Party (PDP) in Ijumu Local Government Area of Kogi state, Ambassador Ademola Moribirin has thrown his weight behind the candidate of the party, Hon. Olupeka Babatunde for the 2023 State House of Assembly election.

Hon. Moribirin made this known when the PDP candidate and his entourage paid him a courtesy visit shortly after the inauguration of the Ijumu PDP Presidential Campaign Council.

Ambassador Moribirin, popularly know as Tutulla, described Olupeka as a young, vibrant, pragmatic and visionary candidate who has got what it takes to represent Ijumu effectively.

He promised to deliver his ward for the PDP candidate.

The PDP leader further stressed the need for aggrieved party members to sheath their swords and work towards winning the forthcoming elections.

In his response, Hon. Olupeka thanked Ambassador Moribirin for his commitment towards the party. He promised to deliver the dividends of democracy and protect the interest of Ijumu when elected.