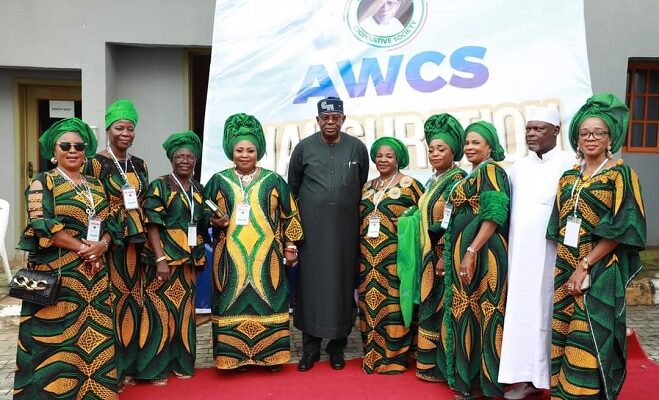 Ahead of the 2023 presidential election, a pro-Tinubu group under the aegis of Tinubu Support Group, Asiwaju Women Cooperative Society (AWCS) was on Saturday inaugurated across the six geo-political zone of the federation with the aim of creating food bank across all the Local government of the federation.

Speaking at the inauguration ceremony in Abuja, the Convener and Coordinator of Asiwaju Women Cooperative Society, Toyin Badmus, said the group stands for improving the welfare of women through Asiwaju Bola Ahmed Tinubu’s Mandate.

She pointed out that the group is rooting for the the National leader of the ruling All Progressives Congress (APC), stressing that with the inauguration, the group will begin to enlighten and give voter education to women across the nooks and crannies of the country to mobilize and galvanise support for the Asiwaju 2023 project.

“Our mission is to be able to set up a food bank in each of the 774 local government areas of the country so that the poorest of the poor can have access to food.

“Our cooperative will ensure that women will be able to borrow money and pay as low as one per cent interest rate, which is for administrative charges. This will go a long way,’’ she said.

Badmus stated that if Tinubu declined to contest the presidential election, “we the women will insist that he must run.”

Responding, Member representing Ikeja Federal constituency and one of the promoters of Tinubu’s presidential ambition, Hon. Abiodun James Faleke, commended AWCS for persuading Tinubu to contest the presidential election, and expressed excitement at their support saying women should not be ignored at elections because they constituted a great number of voters.

“We must all register in our various wards as card carrying members of our party; that is the only thing you can do to make Asiwaju the president of Nigeria,’’

He noted that Tinubu remained the only person that could pilot the affairs of the country, adding that his achievement as Lagos State governor was a testament.

“You can be sure that if Tinubu did great in Lagos State as governor and leader, he will do more for the country”.

Faleke said the message of the group would be communicated to Tinubu and his support could be guaranteed.

He said other presidential hopefuls were qualified, but that Tinubu was more qualified.

“He has the support base in every state. He has legacies. He has made leaders. If he is not available, you think he is available.

“His door is open to all. So what we can do is to honour him and ensure that he succeeds and becomes Nigeria president,’’ Faleke also said.