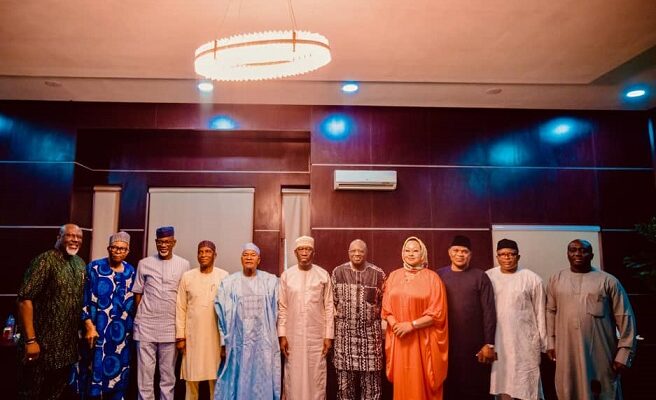 Leaders of the Peoples Democratic Party (PDP) in Kogi State on Saturday held a crucial meeting with the Vice Presidential candidate of the party and Governor of Delta State, Senator Ifeanyi Okowa.

While details of the meeting are still sketchy, an insider told our reporter that discussions bothered on going into the 2023 polls as a united political family to ensure all candidates of the party emerge victorious.

The leaders assured Okowa of massive votes from the state during the presidential elections.