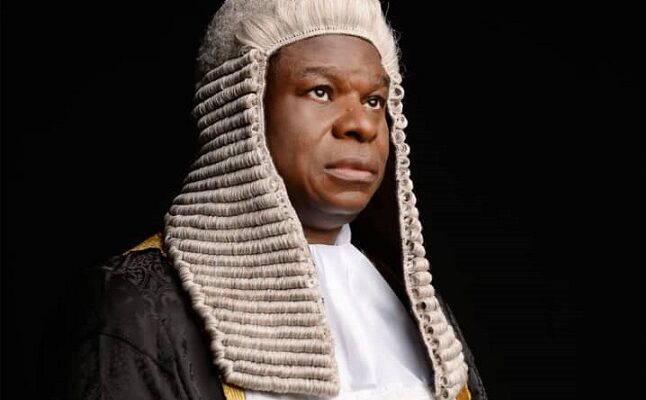 Ahead of the Kogi governorship election scheduled to hold in November 2023, a senior advocate of Nigeria, Dr. Reuben Atabo, has assured the people of Omala local government of his resolve to join the contest.

Dr. Reuben Atabo SAN made the disclosure on Saturday when he hosted some critical PDP stakeholders from Omala Local Government Area in Lokoja.

The senior advocate said he had hitherto been apolitical, but he has to bow to pressure from people of the state and others across the country.

He said in life, one needs to evaluate on some issues and not to perpetually hold adamant opinion, stressing that he has  to accept the call to throw his weight in the governorship race, with the believe that it will have positive impact on the people.

He added that he has begun  consultation with stakeholders across the state and the critical PDP chieftains through out the country.

He urged the people to intensify prayers as God alone is the giver of powers and he  gives it to whomsoever he wishes at a particular time.

The stakeholders who were drawn from four zones of Omala  Local Government Council  noted that the antecedents of Dr. Reuben Atabo, SAN, which speaks volumes in community service and human capital development will make a beautiful bride to the people of the state.

In their separate speeches, representatives of the four zones of Omala – Udaba Omala, Abejukolo Central, Ogodu, and Olaedihi – lend their voices for the people, especially, the PDP to  look inward and support the aspiration of Dr. Reuben Atabo for a prosperous Kogi State.

They explained that although, Atabo has been given his best back to the people, he has a limit to what he could do from the private sector, but can do more for the people from the public office, the reason why they are resolute with his aspiration.

While soliciting the supports of Omala sons and daughters, the people of Igala Kingdom, and the entire state to join hands to deliver him at the primary election, Atabo assured of his capacity to lead the state to a peaceful and prosperous destination.

In a remark, Stanislaus Okala, former Chairman of SUBEB, and political leader from the LGA, urged the good people of Kogi State  to support Barrister Reuben Atabo as he stands taller than all those jostling for the Lugard House come 2024.

He added that his commitment to the development of the grassroots and growth of humanity makes the call a necessity to liberate the state.

According to him, Atabo’s  investment are strategically situated in the state to contribute to the  growth of the   communities, adding that this is against the tradition of some people who concentrate their investments only in the big cities. He said this is a testimony that if given the chance, Atabo will ensure social and economic emancipation of the people at the grassroots.

He noted that all attempts in the past to drag Atabo into politics met brickwalls, but continuous and relentless appeal to him left him with no other choice than to  give in to the people’s demands.

Dr. Reuben Atabo, who hails from Okpotala in Omala Local Government Council, has over three decades experience at the Bar, holds  a PhD  in Law and is reputed to be the first lawyer to earn SAN from the Area.