Home News 2023: Knowing the Mind of Our Democratic God 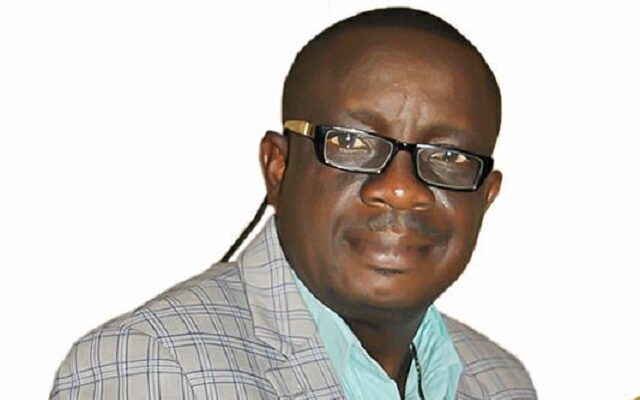 2023: Knowing the Mind of Our Democratic God

Political decisions are easy take for individuals that object to a bite of the inglorious apple of self deception.

It requires neither a cristal ball nor the wands of the baals.

Togas of frontline prophets like Elijah, Elisha and Jeremiah, are neighbours to the inessential; just as dreams of Joseph, from sleepers like brother Jonah could be confined to the realm of the Ecclesiastes.

One obvious truth is that, from creation, God, who sits in heaven never desists from showing interest in the affairs of men, despite his choice, to leave us to our choices, which we call free-will, which makes Him (God) a democrat.

Great contradiction, however, is the synergy between the trio of our subjective biases, whims and caprices.

As elementary as they sound, the trio more than anything else, rail-ride us into decisions against the abundant truth that rents our air.

An instance was in 2014 when a retired General, Mohammad Buhari, succeeded in a political  collaboration and handshake, that led to the formation of a new party, All Progressive Congress. The attractive sentiment for something new and the deceptiveness of the slogan – ‘Change’ ,  culminated in a bogus expectation of a new order through a general whose footprint was, (and probably still is) a clear contradiction of such bogus an expectation.

The slogan ‘change’ was quick to generate popular biases which led to the  formating of our memory (or even brains) of obvious clues to nepotism and maladministration foisted on our nation  today. One must be quick to add here, the problem that looks like tribal way in Nigeria today, has nothing to do with tribe. The problem we have with bandits today has nothing to do with Fulani as a tribe, but much to do with the chemistry of an individua. Fulani ruled this nation before. We had peace under Shagari and Yar’Adua, we lost our peace when an individual lost an election and chose to appeal to the sentiment in him to make the nation ‘ungovernable’ in fulfilment of one of his campaign promises.

When some of us made efforts at beating the path straight, pointing out that a man who took over power in 1983 to terminate our democracy, and who put the president, Shehu Shagari, his kinsman in house arrest, while his Igbo vice president, Alex Ekweme and other none Fulani, in Kirikiri maximum prison, can never be vindicated on charges of nepotism and ethno-religious sentiment. The man who cleared 32 suspicious suit cases, against the our national policy because hus brother was involved, was at that time, a bad market, that would never have passed the litmus test on ethnocentrism. We pretended not to remember, we wallowed in self-deception. God really spoke.

In one media chat during the 2014 campaign, Buhari promised to recover all looted Nigeria fund in foreign accounts across the world. Then a journalist asked, what his plans were for the recovered fund? His response would daze an economic tiro. The General said he will distribute all recovered fund to the poor. To me. such a statement was a revelation of his incapacity and level of knowledge on economic management. The downturn of our economy as a nation, and the galloping inflation we see today, i have seen them ever since. We pretended not to see such clues as revelation from God to our nation. God really spoke.

As a candidate in 2014, Buhari ran away from every public debates organised for presidential candidates, but his  party defenders, never saw it as ominous signal and eloquent testimony of incapacity.

These and many other signal like his collapse during one of his rallies were never seen as God’s subtle way of   warning us, on the nature and manner of kingship in Buhari, the same way the Israelites were warned on the implications of their inordinate desire for a king, as against the theocratic government, headed by Samuel. God did His part, He spoke.

When one closes his eyes to realities, it is self deception. It is a crime.

I am not such a one, that would be pretentious in the face of obvious reality. I paid dearly for this, during the electioneering campaign that led to the enthronement of the All Progressive Congress, APC.

Threats to my life and perennial intimidations were given me, a dozen for a penny, apart from consistent questionings, for me to point out, one single thing  i have benefitted personally from the People’s Democratic Party, since 1999.

I remember my siblings and community leaders at a point became apprehensive, to the extent of forcing me to suspend all activities on Social Media.

Today, i am vindicated, as so many who called me names turned back to call me a prophet, though I lay no claim to being one.

What i do, is try to know the mind of God through all events that surround an issue. i don’t pretend.

Now on the issue of 2023, there is no time, the mind of God is more obvious in the political history of this nation than now.

God is actually playing it out raw for those that have eyes and ears, to both see and hear, what the spirit is saying to the nation.

As at today, i can conveniently tell, whom God is warning us against.

I use to be a secret admirer of the presidential candidate of the All Progressive Congress, Alhaji Bola Ahmed Tinubu. However, recent issues around his candidacy, are now coming to me, as warning to the nation.

I am not bothered so much about his past. Certificate or no certificate, school or no school, to me, are trivial compared to the trailer loads of worries that his desperation is causing me.

Tinubu for all i care is at liberty to choose a pagan/pagan or Hindu/Hindu ticket, what is strange is his penchant for a make-believe.

Sewing bishopric cassock to fake the church approval was the first thing that puts me off. That the whole trick blew out, with video evidences showing the bishops were fake, to me, is a divine revelation of the nature of kingship in Tinubu. Like I read somewhere, the tailor that sewed bishopric cassocks for bus conductors today, will, sew military gears for thugs tomorrow. God has spoken.

How about the lies on men of God like Pastor Adeboye of the Redeemed Christian Church of God and Pastor Tunde Bakare of Latter Rain Assembly amongst others, through fake press releases, claiming church’s approval?

God is deliberately blowing open all the hanky-panky games, in order  for us to know of their tendencies. Gid forbids a lying president.

Like i said i am not bothered about so many issues around Pa Tinubu. Even if he is 100 years old and he claims to be fit, i will not make issue with that. I am however taken aback, when i visited Wikipedia to confirm his age, and Wikipedia made it clear, that the age record od Timubu on Wikipedia is inconsistent, haven been edited several times. For a person who wants to lead this nation, to descend so low as to begin to manipulate world record book, I think it is desperation taken too far. I think God is saying something to us.

Another issue i have need to clear, is the fact that, it is not a crime in Nigeria or anywhere in the world, to be an adopted child.

As we speak, I will be elated if i can be adopted by an American father and mother, or by men like Dangote, Adenuga, or women like Ikonjo-Iweala etc (since I am an ophan)   The problem in Jagaban’s adoption  model, is with the forceful desperation he seeks to obliterate the record of his biological mother and father. The poor woman may be poor and uneducated in her lifetime, it is a crime to disown such a woman who  bore the nine months pain culminated in the man called BAT today. Denying such a woman, to the extent of not attending his burial in order to hold strongly to a derogate mother, looks self centredness. A leader that can disown his mother and even his state of origin, strikes as someone that will disown our nation with time.

Closely related to this; on the educational background. I do not believe anyone needs a PhD to rule Nigeria. As a matter of fact, no one can tell me that Tinubu is not educated enough to rule this nation. And as reported by Barr. Festus Keyamo, it is not illegitimate to pass O’ Level from home. My contention is on the need to know what Asiwaju is hiding that is causing inconsistency in his educational information. From Aroloya to home study. We shouldn’t go further with this man, until we find out the truth, unless we choose to deceive ourselves as a nation.

Tinubu today, like Buhari has dodged  all public debate. How do we access his capacity to deliver? This could be part of the questions, God wants us to ask ourselves.

Also, i think one will be correct to say Tinubu has no respect for any mortal. I see in him someone that plays God. What else can we say of a man, who called a sitting governor “eleyi” (meaning: This one or this thing) a yoruba word used in reference to inanimate thing.

Another thing God may be telling us about Tinubu is the picture of a double faced man, who treated Buhari, a sitting president, to a full dose of opprobrium by ignominiously telling the whole world, that he fell thrice and wept.

What other respect do Tinubu have for Nigeria? yet, he praises the president when they meet. He was quick to say presidency is his turn, as if it is a family dynasty. Don’t we think such man will pocket Nigeria the same way Lagos had been pocketed?

To me only those who will choose to deceive themselves will claim ignorance of what God is saying.