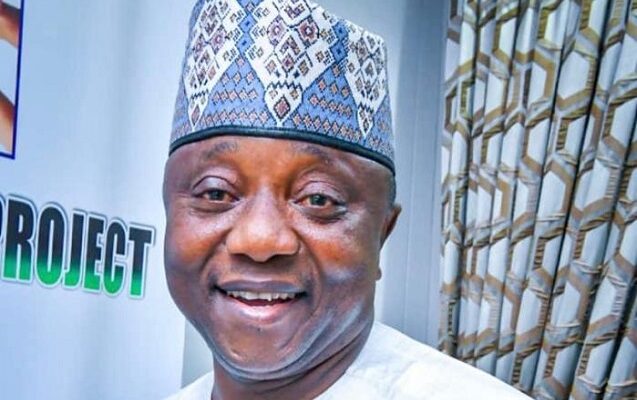 Hon. Raimi Sanni: The SEA of Hope to Ajaokuta Citizens

If truth must be told, Hon. Sanni Egidi Raimi (SEA) is bigger than the office he is presently vying for. He has done tremendously well in all areas of human endeavors, from rising to the top of his career to touching lives across the state.

Sometimes I began to wonder why a man of such repute with dignified approach to life will stoop low to contest for an office as little as House of Representatives. Such rhetoric questions were usually running through my mind until I met the man SEA in person.

SEA is a man who think deep build his business empire around Ajaokuta, his home town and Kogi, his home state.

Unlike other politicians whose present status are ascribed or inherited, SEA present status is achieved solely by himself through the help of God Almighty. His source of wealth is known by all and sundry. His business outfits are located within and verifiable.

One beautiful thing about him is that he blesses others as God blesses him. As far as Ajaokuta is concern today, SEA is arguably the highest employer of labour. He has moved many out of poverty through his humanitarian services, ranging from job creation to youth and women empowerment.

In a personal conversation with him, I realized that SEA has only one blueprint which is “creation of wealth and empowering people with it”.

It is still surprising to many why SEA is spending this much on people, many tagged his humanitarian service as politically motivated, so I thought until I met him in person. Everyone needs to have a direct contact with him to understand why he keeps winning supporters every day by day.

Let me quickly tell you few of the secrets. He is humble and accommodating, he listens and takes note in a personal discussion with him, he opened your eyes to his plans for the people, he shows sincerity with facts, he digitalizes politics by turning perceived enemies to friends, he has heart of giving, he learns from successful people like Hon. Moses Ado Okino, Engr. Sadiq Ohere and Governor Yahaya Bello, he respects and honours God, he is focused and undeterred.

No one comes in contact with him and hate him, his words melt you. If you are not sure of this, ask the numerous youths who just decamped from PDP to his camp. The best way to avoid supporting SEA is by not meeting him in person. He is everything you want in leadership.

The SEA is flowing now, you better swim or remain in the desert of retrogression.