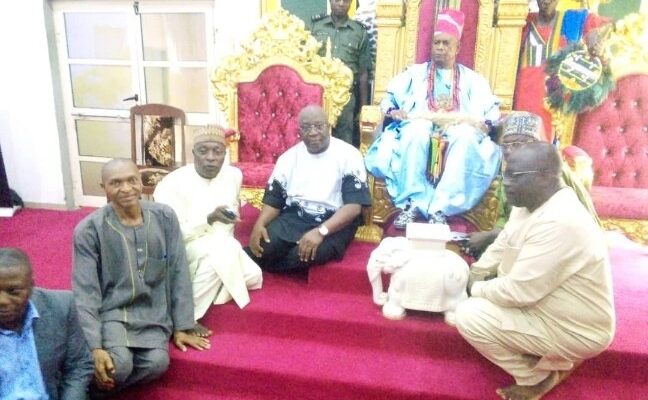 The Ata Igala, His Royal Magesty, Matthew Opaluwa Oguche-Akpa has promised logistics support towards the success of the upcoming 2023 National Census.

The Ata Igala gave the promise when he received in audience the Federal Commissioner of the National Population Commission in Kogi, Professor Jimoh Isah who paid him a courtesy visit in his Palace at Idah on Tuesday, last week.

The Ata said that his palace will ensure the mobilization of his subjects to assist in the provision of accommodation, feeding and security for the functionaries conducting the census within his domain.

As he showered his royal blessings on Prof. Jimoh Isah, the Ata prayed that Nigeria will witness the most accurate census exercise during his time.

He described Prof. Jimoh Isah as a knowledgeable personality who he assured will leave above board in the conduct of the census exercise.

The Ata observed that Nigeria over the years down to year 2006 last population census, encountered criticism and accusations of inaccurate exercise which he advised should be corrected this time around.

”I hopefully believe that NPC will do a perfect job now to avoid the mistake of the past” the Ata said.
His Royal Magesty said that no nation can do better without a perfect population count and stressed the need to have a reliable data that could facilitate effective planning for accelerated development.

“It is the population of an area that determines what it gets from the national cake, I therefore, appeal to all communities across the country to effectively mobilize towards ensuring the success of the upcoming census.”

Earlier in his address, the Federal Commissioner of the National Population Commission in Kogi state, Professor Jimoh Isah had told the royal father that he was on advocacy visit with his officials and media men in Igala Kingdom for sensitization of the people about the trial and the upcoming census proper.

He also briefed His Royal Magesty on what the NPC has been able to do so far to ensure smooth census exercise with assurance that no community will be cheated.