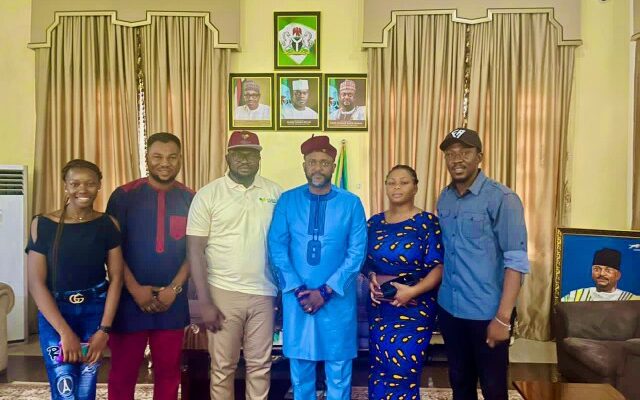 An NGO, Vanguard Against Drug Abuse (VGADA) on Wednesday, urged stakeholders and government at all levels to invest massively in prevention and treatment programmes to stem the tide of drug abuse in the country.

Dr. Hope Omeiza, the National Coordinator, VGADA, made the call at a two-day training and sensitisation workshop on Drug Abuse Prevention in Lokoja, to commemorate the International Day Against Drug Abuse and Illicit Trafficking”, with the theme: “Addressing Drug Challenges In Health And Humanitarian Crises”.

The workshop was organised by VGADA in partnership with Kogi NGOs Network (KONGONET).

Omeiza stressed the need for Federal Government to begin to see the issue of drug abuse as a public health problem and the template behind most of the crime being perpetrated in the country today.

”The government need to invest so much more in prevention and treatment programmes which include: training, sensitisation, advocacy, policy formulation that will aid to stem the tide of drug abuse.

”Government at all levels must ensure that treatment centres are available, prevention programmes be on the way, and let people who are in drug owned up to the reality and be ready to change,” he said.

The medical doctor advised those who already involved in drug abuse to come to the point of making the decision to really want to quit drug abuse, and seek the right help.

He emphasised that one way to effectively prevent drug abuse among youths, was by giving them self-confidence, strength, skills and abilities to say no to drugs.

He assured the readiness of VGADA to work together with all concerned to prevent drug abuse and the harm that drugs could cause to families and society in general.

According to him, at the end of the training the capacity of the participants would have been improved in terms of having the right information, knowing what is practised nationally and internationally, and have better impacts on their various programmes.

He, therefore enjoined participants to take the lead in protecting both Kogi State and the country at large from the destructive elements eating at the moral and social fabric of the society.

”We have also need to work together with law enforcement authorities to enforce drug laws to stem and seize the flow of illicit drugs. Together, we can tackle the world drug problem!

”I urge each and every one of us to treat drug abuse as a serious problem,” he said.

In his remarks, the Kogi State Commander, National Drug Law Enforcement Agency (NDLEA), Abdulkadir Abdullahi, said drug abuse remained a global menance that should be jointly tackled by all to curb its upsurge and the devastating effects in the society.

”The need to prevent drug abuse particularly at the grassroots has become imperative, because drug problem is not respective of ages, races, genders or social status”.

He commended the organisers for the collaboration, saying the concept would go a long way to further strengthen efforts being out in place in expanding the scope of drug abuse sensitisation and prevention strategy.

He assured that the NDLEA Kogi command would support and partner the organisation in capacity building especially in the thematic areas of drug abuse, sensitisation, awareness and preventive strategy.

On his part, the Chairperson of KONGONET, Amb. Idris Muraina, said the workshop was to build capacities of critical mass of people at the community level to provide necessary support and guide people to take them out of the quackmire of drug abuse.

According to him, participants are NGOs, CSOs, volunteers, religious leaders, musicians, who will help in carrying the campaign to the people to ensure we curb the issue of drug abuse in Kogi State.

Two participants, Charity Alfa, a Volunteer; and Rotimi Churchill, a Musician, commended the organisers for the initiative, saying the workshop had made them to know much better about drug abuse prevention.

The International Day Against Drug Abuse and Illicit trafficking, is marked on 26th June every year to strengthen action and cooperation in achieving a world free of drug abuse.

Earlier, the team from VGADA led by its National Coordinator, Dr Hope Omeiza, paid an advocacy visit to His Excellency, Chief Edward Onoja, who described the training and sensitisation on drug abuse prevention as a welcome development.

The deputy governor emphasised that one could not take away substance abuse from lingering critical challenge of insecurity face the nation.

According to Onoja, most happenings in the society today, show clearly the direct correlation between substance abuse and criminality and insecurity.

While advising the young people not to ruin their lives by engaging in drug abuse, he enjoined parents to watch over their children and guide them in the right direction.