Ankpa District is one of the three districts in the kogi East Senatorial zone. It is assumed to be the heartbeat of politics in the state.

The district with its plural ethnic configurations always sees elections as a means to throw up those who have the pedigree to advance development for the area. No wonder, that the campaigns for elections in this zone is oftentimes likened to solving mathematical equations.

Although, Igala Language with pockets of variants is dominant, there are other tribes that have been subsumed into it, but not without traces of their cultural behaviours that still exists. In Ankpa Local Government Area, which has the largest voters in the District, harbours, historically, Hausa and Yoruba  progenitors who  always adopts republican postures in determining who represents them at every rung ofthe elective position. They seldom vote nilly willy for a party but meticulously considered various options before arriving at a candidate.

Although Omala and Olamaboro LGAs may not have been as sophisticated as Ankpa, but at the moment, there is a pointer to a shift from their traditional ‘one way’ pattern of voting for candidates.

Although, Omala with its religious pontification of PDP – as the party has not lost any election since 1999, events at the moment have begun to redefine the pendulum of voting in the 2019 House of Representatives elections.

In the same vein, Olamaboro may have equally tilted toward shifting away from election dogmatism. They have, as it were, shifted from party support to candidate support a scenario that is gaining currency across the entire Federal Constituency.

However, the electorate have to contend with major political parties for the forthcoming House of Representatives election. The three major parties has produced formidable candidates in; Hajia Habibat Deen of the Peoples Peoples Democratic Party (PDP), Hon. Abdullahi Ibrahim Halims of the All Progressives Congress (APC) while Hon. Hassan Omale, the incumbent Representatives will fly the African Democratic Party (ADC).

ADC is a relatively unknown party in the area but after the fall out of the  primaries of the APC and PDP, the party has begun to create a strong proposition. Coincidentally, the candidates of these major parties are from Ankpa LGA making the election, according to some stakeholders, a battle of antecedents.

Hon Ibrahim Abdullahi Alih Halims represented Ankpa 1 in the Sstate House of Assembly between 2007- 2011. He would have repeated the feat but declined to contest House of Representatives election in 2011. He is a grass root politician . A goal getter. His tenure at the Assembly brought tremendous developments to the constituency. Over #7bn worth of constituency projects were executed in his four year reign. Most township roads in Ankpa were given facelift. Erosion which had became monsters were fixed. Thousands of job seekers from the constituency were employed by his chains of businesses while tens of hundreds of unemployed youths were recruited into state, federal government ministries and Parastatal including paramilitary establishments – a feat considered as unequal since the beginning of representative democracy.

His popularity rose sharply not only in Ankpa LGA but across the other two LGAs. While contesting for House of Representatives, he availed, as it was then, his structures to his god-daughter, Hon. Habibat Deen who had an easy ride on the platform of the PDP to the state Assembly in 2011 – 2015.

Halims, as he is fondly called by both his political and business associates got his popularity tested when he squared up in the 2015 PDP House of Representatives primaries against Muhammed Idris, son  of the former governor Alhaji Ibrahim Idris. The election which was conducted twice saw him taken Muhammed to the cleaners, although, sadly, in the general election, the Buhari tsunami gave it to an unsung hero of the diadem, Alhaji Hassan Omale.

Halims, who never say die, has moved to APC and had clinched the ticket of the party. The success at the primary might have made him a guinea pig in the hands of his opponents, who had allegedly fingered him in a crime that has saw him a guest of the Nigeria police.

In an interview with some national newspapers, he attributed his travails to his consolidated political profile. He said no matter the work of the transducers, the electorate who are his major arsenal, are solidly behind him to defeat any opponents, including his god-daughter.

He called his supporters to disregard stories concocted against him and to work hard to win the election for the sustainable development of the constituency.

However, his albatross may be the impending bandwagon effect should  the occult like support for Alhaji Atiku Abubakar, the presidential candidate of the PDP, is sustained into the general election.

Hajia Habibat Deen, candidate of the PDP, is the first female to become the candidate of PDP for the House of Representatives in the zone.

A former member  of the State Assembly , she represented Ankpa 1 state constituency. She is from a strong political family in Ankpa.  Her performance in the last Assembly was much to be desired. She rarely moved motions or initiate pragmatic bills that have bearing on the lives of the constituents.  However, the impending defeat of the ruling APC presidential candidate could spring a surprise for her.

Hon. Hassan Omale of the ADC is the incumbent member of the House of Representatives for the District. His election was popularly ascribed to president Muhammadu Buhari’s 2015 election tsunami.

He was a loyal member of late Prince Abubakar Audu’s political dynasty. A grass root politician. He hails from Ojoku in Ankpa 2 state constituency. He is a silent achiever with modest constituency projects in the three LGAs.

According to some stakeholders, he lacks human relations skills. A member of RAPC that defected to  PDP in the gale of defection from APC, he had thought that he would be given automatic ticket to return to the House, he was however defeated at the primary. With noncompliance of the PDP to the alleged MOU , he moved to ADC to test his popularity. 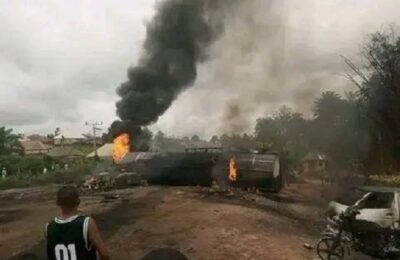 The Unfortunate, Avoidable Fatal Accident in Ankpa and Need to Forestall Re-occurence 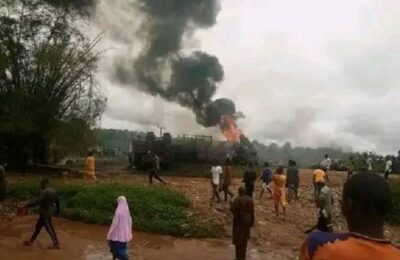