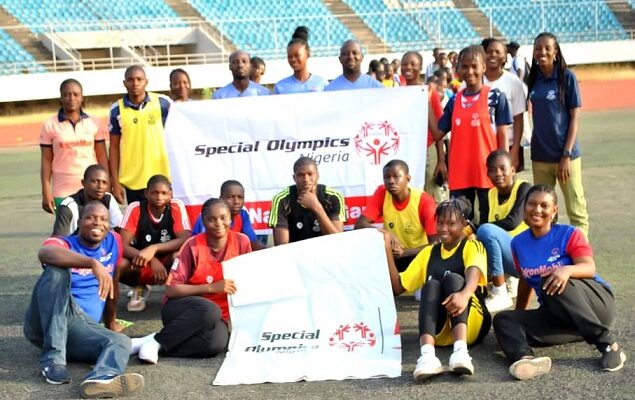 No fewer than ten athletes of the School for the Deaf in Kogi State, have qualified for the Special Olympic World Games, slated for Germany in 2023.

The ten athletes emerged winners in various categories of the sporting competition of the ”Special Olympics Nigeria” at the 2022 National Games, held at Confluence Stadium Lokoja.

Speaking to newsmen after the event, the State Coordinator, Special Olympics Nigeria, Coach Abiodun Anifowose, said the competition was a sport designed for people with intellectual Disability (ID).

He explained that the body normally had one or two programmes to celebrate every year, but due to COVID-19 Pandemic a lot of the games had been cut off.

He said that they were able to organise the 2022 National Games, where 10 athletes from both Mopa and Lokoja School for the Deaf, qualified for the Germany 2023 special olympic world games competition.

He emphasised that today’s program was to show to the world that ”there is ability in disability; people living with different abilities.

”You can see the excitement, the joy and the strength the participants have put into these games.

”In special olympics, everybody is a winner, and the spirit of oneness is what we have truly shown today.

”When everybody come together as a family after this game, and we have cycle of friendship together with hugging, handshakes, and wishing one another the best in the next game.

”This is the spirit of sportsmanship that the special Olympics is bringing in”.

Anifowose added that the athletes had put in all their efforts to make sure they come out winners, which had given ten of them the room to qualify for the world games.

He, however, noted that though the special olympics sponsored the athletes’ transportation and flight to any competition, but it is the athletes’ responsibility to get international passport and Visa by themselves.

He, therefore called for support from government, NGOs and well meaning individuals citizens to sponsor the athletes passport and visa.

Also speaking, Hon Husseini Kabiru, the Special Adviser to Governor Yahaya Bello on Disability Matters, solicited support for the special children to bring out the best of their abilities.

Kabiru stressed that majority of the athletes and their parents could not afford to get passport and visa themselves.

The special adviser soliciting support from NGOs, well meaning individuals and organisations, to provide visa for the athletes, as well as the coaches that would attend the world games in Germany.

He stressed that they would be very happy to get sponsors for the athletes for them to go to Germany and make the state and the nation proud.

On his part, Coach Olamide Adeboboye, said the special children have a lot of strength when it come to sport.

Adeboboye appealing to the people and government at all levels to encourage them.

Some of the athletes, Miss Damilola Omole and Mr Yakubu Muhammad, expressed their joy for qualifying for the special olympic world games in Germany.

They commended the organisers for their sacrifices in making the competition a huge success, and promised to make the state and the nation proud.

The games at the competition include: 50 and 100 metres’ races, shot put, long jump, among others.

Other officials at the event were Coach Favour Echoda, Coach Adeeko Ayodele, Corper Busayo Awoyinke and Olawumi Oladoja, among others.

The coordinator appealed to willing donors who may want  to support the special children athletes to the world games in Germany to send to this account details:

Mopa School For The Deaf,