Home News Zakari Alfa: The Man, His Plan, His Philanthropy 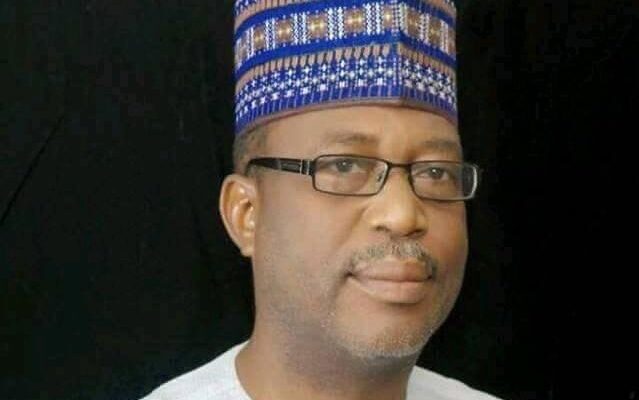 Zakari Alfa: The Man, His Plan, His Philanthropy

As is well known, contemporary Kogi state came into existence as a geographical and political reality about 31 years ago through the struggle of our founding fathers or by an inevitable act of providence.T

he fact that Kogi state was created as a multi-ethic, multi-lingual, multi-religious state with strong preference for constitutionalism and good governance cannot be overemphasize. In my view, however, there cannot be any other option than the determination and collective efforts by all Kogites to mould a vibrant state out of the many nationalities that constitutes the state called Kogi.

Despite the clear consensus in the state on the imperative of the development of the state, the concretisation of the noble objectives dictates that we all shun complacency.

However, I would like to emphasize the facts that developed state don’t just happen by historical accident, rather they are built by men and women with vision and resolve. State building is always a work in progress, a dynamic process in constant need of nurturing and re-invention.

State building never stops and true state builders never stop and rest because all states are constantly facing up to new challenges.

I believe that Hon. Zakari Alfa. a former Commissioner of Finance in Kogi state, is that leader that is strategically placed to lead Kogi to face this challenges.

Alfa believes that state building has many important aspects.

First, it is about building a political entity which corresponds to a given territory, based on some generally accepted rules, norms and principles, and a common citizenship.

Secondly, it is also about building institutions which symbolises the political entity – institutions such as a bureaucracy, an economy, the judiciary, universities, civil service, and civil societies organisations.

Above all else, however, he believes in building a common sense of purpose, a sense of shared destiny, a collective imagination of belonging. He believes that state building is therefore about building the tangible and intangible threads that holds a political entity together and gives it a sense of purpose.

Even in these days of globalisations and rapid international flows of people and ideas, having a viable state remains synonymous with achieving modernity. It is about building the institutions and values which sustain the collective community in these modern times.

Zakari Alfa also believes that in todays world scientific and technological skills, industriousness, productivity and competitiveness are the major determinants of state power capability and greatness. Not even in the possession of oil is enough to make a state like Kogi great without reference to the state character, industriousness, creativity and ingenuity of its citizens.

Hon Zakari believes that the perturbing questions remain why the state has under-performed in her more than 31 years of state building efforts by various administrations, and why repeated efforts to re-jig the political and economic structures, despite our enormous human and natural resources endowments has been so difficult and the fruits so patchy? He believes perhaps we should look for the answers in the critical areas here unto – threats and challenges posed by the environment for state–building – the quality of leadership that has confronted these challenges and the fragility of political and development institutions.

He believes we need to understand the environment for state building in Kogi state so that we can clearly identify our strengths, weakness and core challenges. We also needs to entrench and evolve a system of leadership, recruitment and accountability which produces the sorts of leaders that will confront s the challenges of the environment in a way that is beneficial for Kogi state building.

He always notes that, nations or state are a product of the human will, ingenuity, imaginations and the institutions that sustain their collective exertions. Therefore, if we are to succeed in building a Kogi state, we must strive through objective and rigorous analysis to locate the dynamics –positive or negative, otherwise, to quote Shakespeare “the fault would be not in our stars but in ourselves”.

Alfa believes one of the fundamental trigger of state building in many states in Nigeria relates to how efficient and effective the crisis of identity are resolved. In this regard, granted that we have the reality of Kogi state. Making Kogi a work in progress. And the challenges has gone beyond primordial affiliations and pursuits of personal and parochial interests but the perceptions of realities of exclusions, marginalisation’s, discriminations, riots, deaths, carnage and devastations are witnessed. This can culminates in the weakening of community fabrics /bonds and common citizenships.

Consequently, some segments of the Kogi society tends to first identify with their clan, hamlet, tribe, or ethic group before their Kogi state citizenship. No state he believes can grow to its optimum level of expectations if its citizens do not have a feeling of state identity. It is the feeling of state identity that gives state its peculiar character and thus, differentiates it from other state.

In other words, the cohesions and coherence of a state are under pinned by the extent and level of its state character defined by the unity of its people. The stability of its polity, the perception of its viability by the citizenry and by its social harmony.

He believes the past years are replete with restiveness among the people. Some of these phenomena unheard of in the past are beginning to be a fact of our daily life. Yet our political elites in Kogi state rather than learn from history, continue to fan the ember of hatred, animosity and ethnicity for selfish political and financial ends. To them, it must be self first and the state last. Such attitudes are not typical of state that have created strong identity within its polity and among the people.

He believes more so, that successful states are those which adequately address the basic socio-economic needs of their peoples including security and political participations. Kogi state will therefore have to devise appropriate means of ensuring that intra and inter tribe integration is made of basis. He has made various contributions to the welfare of his people.

He is known to have made serious contributions towards the upliftment of his people. He has built mosques, schools and churches and provides aids to various groups both in Kogi state and Nigeria in general.