Home News Yahaya Bello’s Kogi at 30: A Litany of Woes 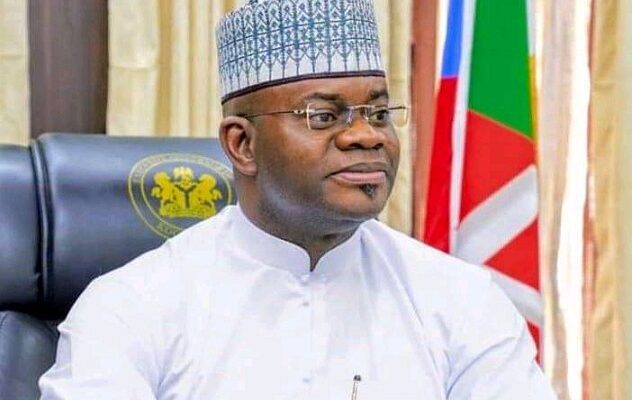 Yahaya Bello’s Kogi at 30: A Litany of Woes

Der Hungerplan was developed and deployed by the German dictator, Adolf Hitler against his enemies, notably Russia, during the second world war. The gist was to inflict pains and death by installments through famine, and food ration to the enemy’s territory. Since 1942, dictators the world over, have often borrowed from the plan to achieve their desires.

Although, Kogi State, North central Nigeria may not be experiencing physical war, the level of hunger in the State, reminds those familiar with it, of the deprivations of the second world war. This is even as government officials employ a combination of propaganda and intimidation to shield the truth from other Nigerians.

Regrettably, since her creation three decades ago, people of the State have moved from one era of mixed blessings to another. But the misery of the last half a decade or so, has been in a class by itself. Deplorable infrastructure, random and unlawful termination of appointments, epileptic salary payments, intimidation, and obscene display of illicit lucre by a privileged few, have been the landmarks of the Sheriff’s administration.

Yet, when incumbent Governor, Alhaji Yahaya Adoiza Bello took his oath of office, at the Confluence Stadium on January 27th, 2016 he had announced his coming with tears. The unsuspecting guests at the event, watched the hypocritical display as Bello sobbed, recalling his deprived childhood and what a privilege it was, being ushered into the number one office in the State. With such emotionalism, people anticipated a great stewardship from him. But what he shed have turned out, only as Crocodile tears.

Five years down the line, his administration has moved from the realm of theatrics to inflicting real tears of sorrows on the people. Rather than gains, the people have been counting their losses from his lordship. It has been tears, tears and tears per time and everywhere in the Confluence State.

A quick reference: Bello did not leave people in doubt for long, about the New Direction his government will chat. His first assignment was the demolition of all roundabouts in the State capital. Some of the structures had metamorphosed into historical monuments, having been constructed many years before, by his predecessors. The explanation given at the time was that the roundabouts were archaic and no longer befitting of a modern State capital, Lokoja would become under Mr. Bello’s watch.

The Governor’s critics however alleged that some marabouts advised him to destroy them, claiming that former Governors had buried powerful charms under them, to derail his unborn administration. Whatever his motifs, that Bello used millions of tax payers money to bulldoze all seven roundabouts in the State capital, is foolhardy.

In saner climes, the resources would have been appropriated for development. Sadly, all efforts by the rascally regime to replace the structures, have been laughable. For instance, in place of the landmark, “welcome to Lokoja, roundabout” on Okene-Lokoja-Abuja expressway, Bello planted a haggard metal bill board with the inscription, “GYB Junction.”

The Governor chairs an EXCO populated by characters who should have no business in public service, except under an occupation regime. Regularly, they take decisions that inflict pains and more pains on the masses. The latest of such is the resolve to sell off State assets, in what a critic likened to “mortgaging future of the State and selling off our collective patrimony.”

Indeed, barely two weeks to the Aug. 27th, 2021 dateline, which should mark the 30th anniversary of the State’s creation, Bello activated his about three years plan on the assets, by appointing Hameed Idachaba, a real estate consultant as auctioneer for the odious scheme.

Some of the assets were reportedly disposed on 11th August, at Arewa House, Kaduna. They are Kogi Hotels; Confluence Stadium; Confluence Beach Hotels; Commissioners’ quarters; Lokoja international market; 12-storey Kogi House in Abuja, Liaison Offices in Kaduna and Lagos among others.

Bello said the assets were non-performing and that he was selling them to fund the 2021 budget. Needless to say that the assets must have been bought by Bello and his cronies.

One of the most visible evidences of the Governor’s misadventure is hunger.

Since becoming the number one citizen nearly six years ago, Bello has not left anyone in doubt about his pauperisation and starvation agenda. A third of the civil servants he inherited from his predecessor have been unceremoniously removed from government payrolls, through what may well be, the longest staff verification and screening exercise in human history. The few people remaining, especially at the Local Government level hardly get more than 30 percent of what should have been their monthly take home.

It is worse. Getting salary one month, does not guarantee receiving it, the next, since the screening is still ongoing, and technically unending.

The effects of this are not far fetched. Lean, frail looking figures, with sunken eyes, appearing older than their real ages and tossed about by the elements. Begging and arms taking are common practices on the streets of Kogi.

Through a meticulous enforcement of his antics, which may make Hitler cringe in the grave, Emperor Bello has succeeded in dehumanising the Kogi populace. You dare not speak or act ill of the landlord of Lugard House. See nothing, say nothing are the golden rules for survival. If you are not on the same page with the Emperor, mum or mute must your tongue stay.

Sadly, this applies to commoners and elites, including political leaders, alike. Intimidation and ta tata tata of the 2019 election year, are still fresh in the mind. As the State marks another birthday in silence, there is really nothing to celebrate in today’s Confluence State.