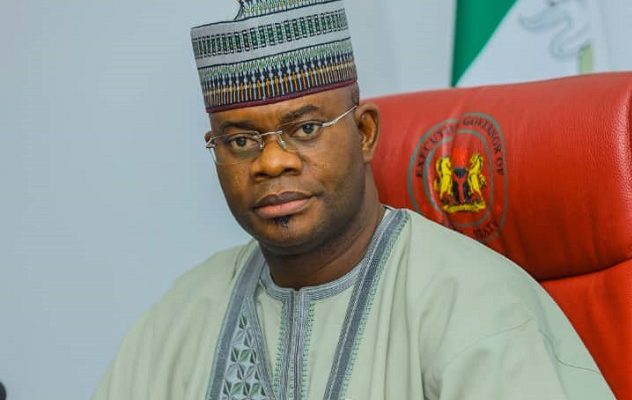 Kogi state governor Yahaya Bello is gradually putting himself under the spotlight following his ambition to become Nigeria’s next president after Muhammadu Buhari in 2023.

In January, a youth movement under the auspices of GYB2PYB claimed that 15 million youths have endorsed Yahaya Bello as the most credible presidential candidate for 2023. Who are these youths?

Bello has started making moves, one of which is hosting past and present Super Eagles players including former captains Nwankwo Kanu and John Obi Mikel as well as Kelechi Iheanacho at the government house in Lokoja.

While it is good to have a big ambition, it is also pertinent to be realistic about the present condition of the state of things.

Bello, who clocked 46 years old on June 18, 2021, is a member of the ruling All Progressives Congress (APC), a political party that has bigger fish eyeing the apex seat in Aso Rock.

I am not ruling out any possibility, as they say, “never say never”. Considering how Bello became Kogi state governor in 2015, he was chosen as the replacement for the late Abubakar Audu who originally won the election but died before the result was declared. So who am I to cast a shadow over his dream.

But the queue for president in the APC is so lengthy that Bello may not even be on the top three or top five list, now this is the reality. Though the Kogi governor may be a tool of distraction by his bosses, he doesn’t come close in rankings, not in any of the two biggest political parties in the land.

From my point of view, former Lagos state governor and national leader of APC, Bola Ahmed Tinubu, tops the list on the party card, okay, maybe he could pick Bello as his deputy, yes that is possible.

Next on the APC list is Vice-President Yemi Osinbajo, the joker man for the party. Rotimi Amaechi and Nasir El-Rufai follow suit in that order.

Let’s switch to the Peoples Democratic Party (PDP). Its number one candidate remains Abubakar Atiku. If he doesn’t contest, then the baton falls next to Bukola Saraki, Nyesom Wike, or Aminu Tambuwal in that order.

So why is Yahaya Bello trying his luck so hard at the detriment of the welfare of Kogi residents?

Whether he is acting as a poster boy or not, Yahaya Bello must not abandon his primary duty as governor of Kogi state for his personal ambition. Many communities in the state are suffering as they are left with no health care facility and other social amenities.

Recently, residents of Ofabo, a rural community in Ofu LGA, are lamenting bitterly. They said they have been cut off from modern-day realities as they lack the basic amenities needed by the people to live a decent life. The road leading to the community is almost impassable while a building serving as a primary health center lacks basic facilities. According to a report on TheCable, residents of the community rely on a stream for water supply, while there are no job opportunities for the youth population.

Charity, they say, begins at home, that is why a governor that has the dream of becoming president must prove his mettle in his smaller space before qualifying to lead the big stage of over 200 million people of diverse exposure, religion, tribe, beliefs, and backgrounds.

This goes beyond punching boxing bags, hosting footballers, and cheap talks in the media, all most likely on taxpayers’ money.

Yahaya Bello has not gone through the ropes of federal politics. It is not about visiting the Aso Rock villa in Abuja that makes one suitable to become a president. A good structure is built over time from the foundation.

Bello’s quest to succeed Buhari in 2023 is ill-planned, premature, time-wasting, and a major distraction from his primary mandate to the people of Kogi state, and he should retrace his steps back.