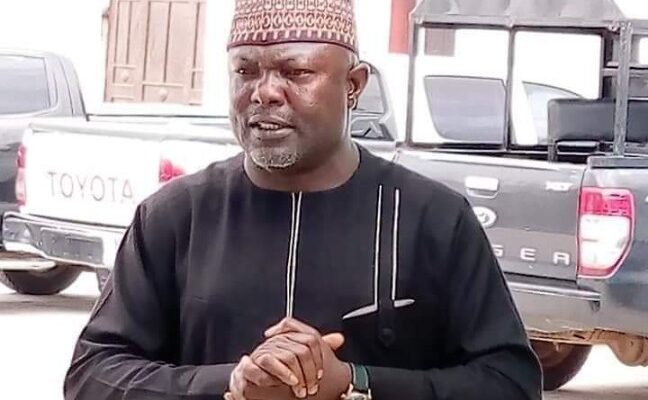 Some years back, the name Abdullahi Abdulmalik a.k.a Malik Standard was only in circulation in Onyukoko in Okene Local Government Area of Kogi State. But like the tiny mustard seed, capable of blossoming into a tree of magnificent proportions, Malik Standard began to sprout out, breaking boundaries in his chosen career.

Mr Abdullahi Abdulmalik is not a business man, neither is he a politician, rather he majors in the ‘business’ of impacting knowledge and transforming the minds of young but future leaders in Onyukoko and beyond.

Mr Abdullahi Abdulmalik is the Head Teacher of the LGEA Demonstration Standard Nursery and Primary School, Onyukoko whose students have continued to reverberate the trumpet of academic excellence in Nigeria for seven consecutive years.

When yours sincerely recently made a post on Mark Zuckerberg’s blue app, advocating that teachers should have a taste of their promised rewards in heaven here on earth, Mr Abdulmalik whose name has been recoined to be ‘Malik Standard’ came to mind.

Indeed, Malik Standard brought standard of excellence into Standard Nursery and Primary School, Onyukoko. Out of sheer passion, dint of hard work and selfless commitment to ensure children entrusted in his care break tedious academic boundaries, Malik Standard has compelled the re-direction of scholars’ compass towards Kogi State and Onyukoko in particular.

As a teacher, Malik Standard does not work in the best of work place neither does he receive emoluments that is equivalent to his effort, but like the biblical faithful and committed servant whose master gave talent, he converts impossibilities to opportunities to excel with his team of sound and dedicated staff at the LGEA Demonstration Standard Nursery and Primary School, Onyukoko.

Malik Standard and his staff do not have the luxury of enjoying their statutory weekends as obtainable elsewhere. They are neck deep into teaching, coaching and mentoring of their children beyond the normal school hours. This accounts for the reason why his pupils are always ever ready to slug it out in any competition with students from any other school even at short notice.

Malik Standard ‘magically’ won the hearts of his ever willing staff and pupils. His personal conviction and resolve is to carry all along, and this made him to devise several ways to source for fund in order to assist indigent pupils who could not afford paltry school fees that hovers around N2,000 and N4,000.

The lawmaker had so far in the previous years purchased scholarship forms for most of the students and the successful ones are in various countries pursuing careers in medicine, computer science, pharmacy and many more.

The indigent parents of the beneficiaries who have continued to remain eternally grateful to God for using Senator Yakubu Oseni and Malik Standard had once narrated how it was extremely difficult for them to pay their children’s school fees who are now in abroad for further studies.

While we call on government at all levels to honour Malik Standard for being consistent in service to humanity, such recognition would definitely have positive ripple effects on other schools in Kogi State and beyond.

I think a man who sincerely dedicate his time and sometimes income to train other people’s children deserves nothing less than awards and rewards to spur him on.

As result of the standard the society has reduced most teachers to, a man like Malik Standard is difficult to come by.

Despite teething impediments, Malik Standard was and still determined and has written his name in gold across North Central and Nigeria at large but I earnestly pray that he savours his rewards as a teacher here on earth.