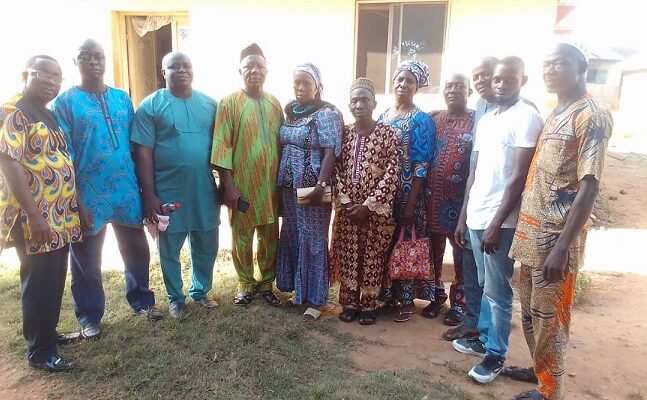 Executive of the Peoples Democratic Party (PDP) in Ijumu Local Government, has reaffirmed its indivisibility saying it’s loyalty to the Hon Bode Olorumaiye as the Local Government chairman of the party is monolithic.

The executive members on Tuesday affirmed unreserved loyalty to the leadership of Hon Olabode Olorunmaiye, saying all insinuations that there is a crack in the fold of the newly inaugurated exco, is a figment of the imagination of some detractors.

This is contained in a communique issued from the party secretariat and signed by 13 members of the executives.

Rising from its well attended inaugural meeting, held in Iyara, the party observed that some dissidents within Ijumu, has since last one week, taken to the social media in a failed attempt at peddling falsehood in relation to the successful inauguration of the Ijumu Local Government Executive Committee of the party, which took place at the party secretariat in Iyara, Thursday November 4, 2021.

The group, according to the statement, is observed to be “aimlessly and joblessly” going round the wards in ijumu, armed with letters of blackmail, aimed at causing disaffection amongst the newly inaugurated Executive body.

“These unprogressive elements, whose mission has commenced a nose-dive at take-off, have been sported moving from one exco member to the other, with their knees on ground in a plea to make exco members assent to an ill-fated petition against the Local Government Chairman, Hon. Olabode Olorunmaiye,” the statement posited.

The statement said further, “these criminally minded elements, out of desperation, are now engaged in forgery of signature of innocent individuals, in a bid to authenticating their kindergarten assemblage of radiant rubbish”

A) That all members of the Local Government Executive of PDP in Ijumu declare total and unreserved confidence in the leadership of Hon. Olabode Olorunmaiye, as the party’s Chairman.

B) That the PDP Local Government Exco, under Hon. Olabode Olorunmaiye is monolithic and indivisibly united.

C) That the crisis that Segun Ojo and his cohorts are brandishing, only exists in their evil imagination.

D) That it is high time the leadership of our great party at both Local Government and State level, warned Segun Ojo and his co-travellers including one Festus Babalola, a civil servant, who has no political base whatsoever in Ijumu, who are secretly working for rival party, to destabilise PDP, to desist from all actions that are designed to bring PDP into disrepute.

E) That there is a constitutional provision in PDP on how to deal with individual who are using court cases to hinder the progress of the party, and the party leadership will not hesitate at invoking the relevant sections against any distractor.

F) That the new exco are determine to remain undistracted in its pursuits at taking PDP to greater height come 2023.

G) That party exco gives equal honour to all leaders across the Local Government and they value the leadership of all of them as they all, in one accord pilot our great party into victory, come 2023.

The Signatories attached to the communique includes:

The following party leaders were copied.