Robbers, who allegedly wrote to two communities in Kogi State – Egbe and Odo-Ere – of their plan to attack banks, last Thursday made good their threat. Egbe and Odo-Ere are neighbouring towns in Yagba West Local Government of Kogi State.

The two banks attacked by the robbers are located in the two communities.

Two persons were killed during the robbers’ raids on the banks in both towns.

Until last Thursday’s attack, the two banks had operated smoothly for many years without an incident.

The 25-man gang was said to have been heavily armed.

The hoodlums were said to have arrived at Egbe at 5.14pm in two Highlander Sport Utility Vehicles (SUVs), dressed in hoods, took positions in two groups at the two banks.

Simultaneously, the robbers attacked the two banks and the other facilities in the towns.

Egbe, the commercial nerve centre of the local government and with a branch of a first generation bank, was literally sacked by the robbers.

The hoodlums took over the police station as the policemen had run away before the robbers arrived.

The policemen returned hours after the robbers had accomplished their mission.

Their victims were left groaning in pains and losses. For 35 minutes, sounds of gunshots rented the air, leaving the highway in thick smoke as the trigger-happy hoodlums sprayed everywhere with bullets.

Brave youths, who could not stomach the arrogance of the hoodlums, attempted to fight but had no means to confront the heavily armed gang.

The youth blocked the highway with burning tyres and electricity poles to retard an easy escape for the robbers and make it easy for the police to arrest them.

But the police were nowhere to be found.

A Port Harcourt-based businessman, Mr Femi Bolaji, said he was on the premises of the first generation bank to use its ATM when the robbers arrived.

He said he jumped through the fence of the bank, leaving his car behind.

A police officer detailed to the bank was said to have opened fire on the gang from his hideout but that singular action of his bravery soon turned bloody.

The gang sprayed bullets directly to his direction.

A senior worker of Yagba West Local Government Area, Kayode Simoyan, was killed during the attack.

He was found lying in the pool of his blood with bullets wounds on his head and chest.

Another person, simply identified as Chichi and said to be an Igbo trader in Egbe, was also killed near the bank.

A pupil returning from school was also hit by the robbers’ bullet. But he survived. 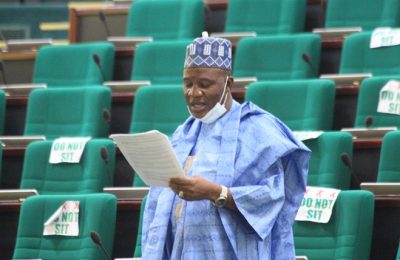