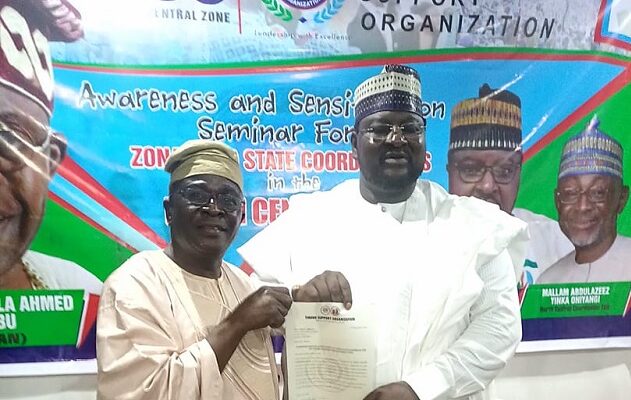 A chieftain of the All Progressives Congress (APC), Hon. Musa bakare has been appointed Kogi State Coordinator for Tinubu Support Organization (TSO).

Bakare’s appointment was announced at the awareness and sensitization seminar for North Central zonal and state coordinators of TSO held in Abuja on Wednesday.

The Director General of TSO, Hon. Aminu Suleiman, while presenting the letter of appointment to Bakare,
commended the Kogi State Coordinator for his dedication and loyalty to the organization.

He charged Bakare to mobilize support for Asiwaju Bola Ahmed Tinubu to declare interest for the country’s presidency come 2023.

On his part, Hon. Musa appreciated the Director General of TSO, saying the organization remains a veritable platform for mobilizing the needed support to enable Tinubu declare interest for the nation’s presidency.

He pledged to form a team of loyal and dedicated supporters and members of the All Progressive Congress for TSO in Kogi State.