Home News The Making of Next Attah Igala: The Twist and Need for Legal Guidance 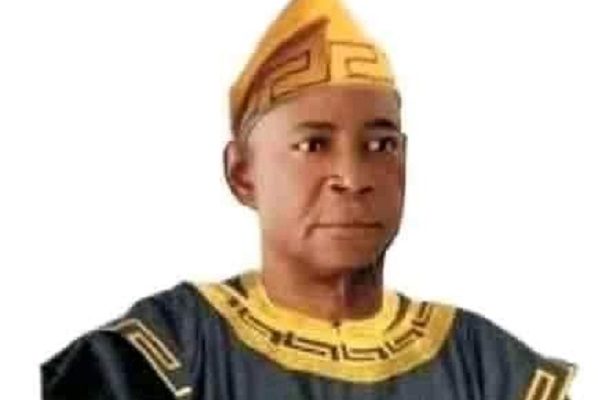 The Making of Next Attah Igala: The Twist and Need for Legal Guidance

The process leading to the selection of the new paramount ruler of igala kingdom would have being smooth sailing after the completion of the traditional burial rites of the late Attah Igala, HRH Micheal Idakwo Ameh Oboni 11 in November, 2020, if not for the sentiments smuggled in by the Etemahi and the Igalamela kingmakers, which report was further muddled up by the self appointed review panel introduced by Igala area traditional council headed by HRH Chief Boniface Usman Musa, the Ojogba of Ife kingdom.

Etemahi and the kingmakers, whose primacy is to resolve the legal implications and traditional provisions of the process of ascension to the throne of Attah Igala, suddenly became a willing tools in the hands of many of the contestants as well as the urge to rake in money for personal aggrandizement as 50,000 was fixed as application fee.
This palpable situation led to the receipt of application from about 16 Princes from all of the four ruling houses of Aju Akogu, Aju Ocholi, Aju Akwu and Aju ameachor in clear disregard to the provision of the extant law.

With all this ugly development and lawlessness on the part of Etemahi and the Igala Mela kingmakers, Achadu and IATC, the entire Ajuameachor in Igala kingdom met and accepted the choice of Prince Samuel Opaluwa as the choice of the entire family after he was interviewed, screened and nominated, then forwarded to Etemahi in line with the extant law and traditional provisions, only for the Etemahi and the kingmakers to do otherwise.

During the enlarged meeting of Ajuameachor ruling house, the main contender, Prince Alaji Mathew Opaluwa conceded to the decision of the elders of Ajuameachor position on the condition that Prince Ocholi Opaluwa did not go further in his inordinate ambition, with Okoliko Opaluwa, the youngest Prince in absentia (video evidence available).

The premise of arriving at a hurriedly packaged script the by the younger Ocholi was fraudulently set between Etemahi and his Igala Mela kingmakers who more or else coerced the Achadu for onward transmission to the Igala Area Traditional Council, even though stalled by its obvious faulty processes, as he was nominated by four members of Oguche-Akpa family and not the wider and majority of Ajuameachor ruling house scattered all round the Igala land.
What the law says is not a segment of Oguche-Akpa’s family or a segment of Ajuameachor ruling house, but a collective decision by the entire ruling house.

But, the decision of the Igala Area Traditional Council to review the anomaly was also shrouded in illegality, as there is no provision of the new law that warrant a legal teeth to the IATC to scrutinise its own decision that resulted in further confusion as the desperate Prince Mathew Alaji, who has no Ajuameachor nomination in the first place, but who already had the backings of money bags, prominent Igala sons and daughters in position of authority that want to cash in on the panel’s report took the advantage of the creed of the panel, who rather look at the evidences of nominations and witness testimony before it, including video evidence of the Ajuameachor selection process, rather turned a blind eye to all the facts and followed the smell of money.

The review panel went out of its way to usurp the power of the state government by not only recommending to the council of chiefs, but announced the winner as if it was a political contest. The print and electronic media as well as the social media carried the news to the embarrassment of the state government.

Prince Mathew Alaji Opaluwa joined the race after conceding defeat at the enlarged Ajuameachor ruling house family meeting and nobody whatsoever nominated him, except his smuggled Alacha Egbunu, who cannot state his own age, claiming different dates of birth coupled with fraudulent and contradictory records.

An Igala adage opined that ‘What had defied solutions must also concede to solutions’. The ball is now in the court of the state government via its components with Ministry of Justice and Ministry of Local Government and Chieftaincy Affairs advising appropriately, with series of petitions rolling out against the self centered stance of Etemahi, Igala Mela kingmakers, Achadu and IATC panel and reports.

The end of the current stalemate is still far.

The pending and critical issues at stake now is ‘NOMINATION’ with the reports forwarded to the state government by both Etemahi/kingmakers and ATC review panel. Next is to x-ray even the earlier process and procedures in tandem with the provision of the law and tradition.

In all of these, it is only Prince Samuel Opaluwa that met all the criteria both in law and tradition.

We call on the state government to do what is right, review the contrived report of the ATC and subject the entire process to the required legal process. The office of the attorney General and the state Ministry of Local Government and Chieftaincy Affairs must take a deeper look and do what is right in the sight of God and men of good conscience.

Having convened an enlarged Ajuameachor ruling house family meeting by the head of the ruling house, who is still alive, that selected and ratified Prince Samuel Opaluwa – after he was screened, interviewed and nominated on the 19/11/2020 as the eldest contestant – he remains the only credible and qualified candidate for consideration for the revered Attah Igala stool.

Prince Samuel Opaluwa, a retired Director of Central Bank of Nigeria, left meritorious service without blemishes, was never found wanting as a professional and in social conduct. He, no doubt, has earned above the required educational qualifications.