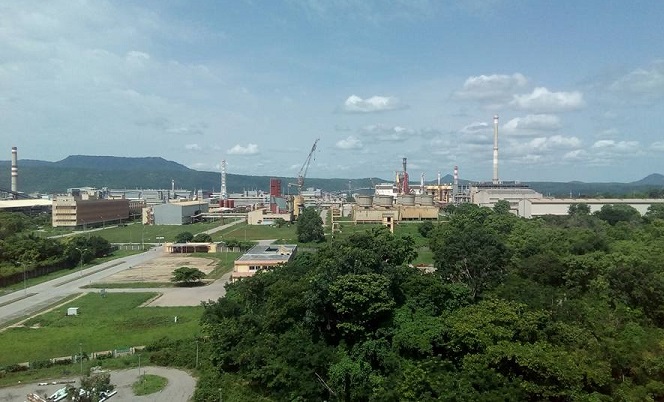 Olamilekan Adegbite, the minister of Mines and Steel Development, says Ajaokuta Steel Company Limited will function to capacity before the end of President Muhammadu Buhari’s administration. Mr Adegbite made this known during the News Agency of Nigeria (NAN) Forum in Abuja. He said the federal government had made effort to ensure that the Russian company […] 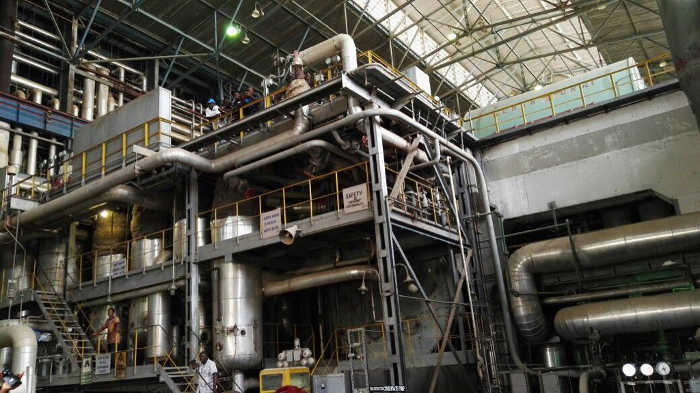 The Nigerian Content Development and Monitoring Board (NCDMB), has said it was open to discussions around investment opportunities aimed at reviving the ailing Ajaokuta Steel Company, in Kogi State. Executive Secretary, NCDMB, Mr. Simbi Wabote, stated this at a media briefing on the 2021 virtual Nigeria Oil and Gas Opportunity Fair(NOGOF) holding May 25 to 26 […]

By A.M. Nasiru. The Chairman of the House of Representatives Committee on Steel Development, Hon Abdullahi Ibrahim Halims has reiterated his desire to see Ajaokuta Steel Company operating in its full capacity. Halims, who represents Ankpa federal constituency in the green chamber, made this known when he hosted the Minister for Mines and Steel Development, […]

Olamilekan Adegbite, the Minister of Mines and Steel Development says a 60- man team from Russia will soon arrive Nigeria to start technical audit of Ajaokuta steel. Adegbite disclosed this to the News Agency of Nigeria on Wednesday in Abuja. He said that Russian government had nominated TYAZHPROMEXPORT (TPE), a Russian company, the original builder […]

Minister of Mines and Steel Development, Mr Olamilekan Adegbite, has expressed optimism that the resuscitation of the Ajaokuta Steel Mill will come to fruition before the expiration of the tenure of President Muhammadu Buhari. Adegbite expressed this optimism during a courtesy visit to Tribune House, Ibadan, on Thursday. He hinged this optimism on an agreement […]

The Nigerian Ministry of Mines and Steel Development (MMSD) has recognised the effort that Australia-based Kogi Iron is making to contribute to the diversification of the country’s economy through the proposed Agbaja cast steel project. The company received a formal letter at the end of August from Mining Minister Olamilekan Adgebite, stating that the MMSD […]

Ajaokuta Steel is 90 Percent Complete, May Be Functional Early 2023 – Minister

The Minister of Mines and Steel, Olamilekan Adegbite, on Monday, said the Ajeokuta Steel Mill is 90 percent complete and may be functional by early 2023.  Adegbite made the remarks while making an appearance on Channels Television’s breakfast show, Sunrise Daily. The development of the steel mill was started in the 1970s but has evaded completion […]

The Federal Government has assured that the National Iron Ore Mining Company (NIOMCO), Itakpe will simultaneously receive technical audit and funding alongside the Ajaokuta Steel Company Limited. Minister of Mines and Steel Development, Olamilekan Adegbite, gave this assurance while on a tour to Itakpe, Kogi state, to assess the current state of the company The […]

In preparation to receive Russian experts for resuscitation of Ajaokuta Steel Company, the Senate President, Senator Ahmed Lawal has sent high-powered delegation to Kogi State on fact-finding mission. The delegation which was led by the Senate Leader, Senator Yahaya Abdullahi in conjunction with the Chairman, Senate Committee on ICT/Cybercrime and Senator representing Kogi Central Senatorial […]

President Muhsmmadu Buhari has approved the nomination of Hon. Asiwaju Asiru Idris, FCA, as member of Ajaokuta Presidential Project Implementation Team.  The Minister of Mine and Solid Minerals Development, Arc.  Olamilekan Adegbite, confirmed the approval when he paid a courtesy visit to the Gov. Yahaya Bello of Kogi, at Government House Lokoja on Thursday. Adegbite, […]