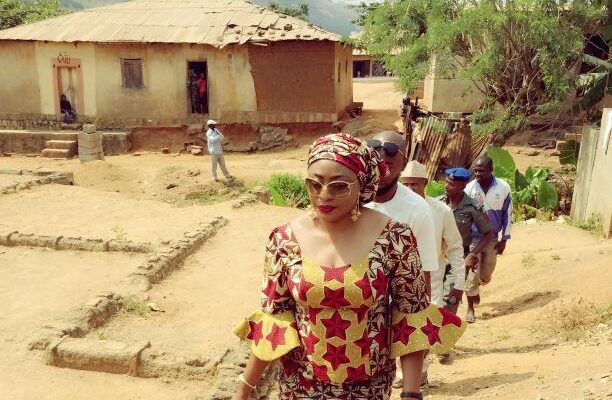 Barr. Jatto was emerged 2022 most distinguished woman at the special public lecture of the Stewardship Magazine in Lokoja on Saturday.

Speaking at the event, publisher of the Stewardship Global News Limited, Barr. Zacchaeus Dare described the NEWMAP Coordinator as a symbol of excellence, hard work, with sense of commitment to service to God and humanity in project execution.

He noted that the top quality projects executed by across the three senatorial district of the state by Ladi Jatto-led NEWMAP is a testament to her leadership traits and trail-blazing commitment to rural development.

He said it is to Barr. Jatto’s credit that Kogi state project office emerged overall best among the 2nd tier NEWMAP states.

Barr. Dare expressed confidence in her ability to drive World Bank’s Agro Climatic Resilience in Semi-Arid Landscapes Project (ACReSAL) same way she has done with NEWMAP in the state.

Presenting the award, Chief of Staff to Kogi Governor, Pharmacist Abdulkareem Jamiu Asuku described results from the implementation of NEWMAP projects in the state as unprecedented and unrivaled.

He described Barr. Jatto as a valuable asset to Kogi state.

He commended her for bringing sanity to the environment, adding that the present administration is proud of her exploits

“Kogi state government is proud of your positive legacies that has made our environment friendly and healthy for living,” he said.

In her acceptance speech, Barr. Ladi dedicated the award to Governor Yahaya Bello whom she described as a purpose-driven leader who has given much support to all agencies involved in rural development, including NEWMAP.

She said the award is another testimony of the great efforts made by Governor Yahaya Bello towards making life more meaningful and the society more habitable for the people.

She reiterated NEWMAP’s commitment to ensuring quality and standard in projects execution, adding that no effort would be compromised in ensuring that issues of erosion and making the environment safe for living are sustained by the agency.