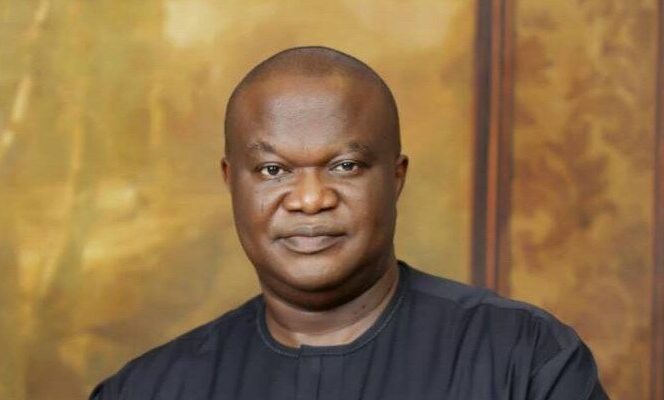 The Sole Administrator of the Ajaokuta Steel Company, Sumaila Abdul-Akaba, on Wednesday said privatisation of the plant is the best option to revitalise it and make it useful as the government doesn’t have the resources to complete the outstanding phase for full op­erationalisation.

The Sole Administrator made this known while presenting the performance of the company’s 2022 budget allocation and defense of the 2023 before the committee on Mines and Steel, in Abuja.

Abdul-Akaba said the size of the asset and quality of equipment installed in it can generate up to $6 billion should Nigeria de­cide to liquidate the company by selling it as scrap.

He disclosed that the steel complex is a “massive infrastructure and the Russians who built it gave us the best of technology and enough spare parts to maintain it for many years”.

“Privatisation of the asset is the best way to go if done the right way. Government doesn’t have the resources to complete it and run it as required, which is why private sector participa­tion either through consession­ing or partnership agreement would be a good development.”

He said while the complex generates its own power which is sustainable, it hasn’t explored the idea of selling the same to the national grid because it’s a management decision that re­quires board approvals.

Lawmakers had grilled the Sole Administrator as to why the company is not maximis­ing its electricity generation potentials, as well as other prod­ucts despite posting huge wage bills on personnel, security and maintenance activities.

Responding, Abdul-Akaba said the amount spent on per­sonnel for security and main­tenance of equipment was justifiable.

He stated that before the engagement of the security personnel, equipment worth billions of naira were stolen from the facility.

According to him, the amount utilised for the pay­ment of some staff who are not in the Integrated Personnel Payroll Information System was meaningful owing to the services they offer.

“Anytime you look at the personnel cost, most of the questions people ask is why you are keeping these person­nel. Ajaokuta investment is within six billion to eight bil­lion dollars and if you look at the amount we are spending to keep the plants, I don’t think that is too much.

“Aside from that, one of the basic things we should go to lat­er, if I finish the details of this performance, is the security is­sues. We have also spent a lot of money on security. As of today, we have over two hundred and twenty security guards that are officially not on the payroll of IPPIS,” he said.

The Sole Administrator also said the company engaged the Federal Fire Service and the Military, Department of State Services and that the company sees to their welfare.

He, therefore, called for the removal of bureaucracies for the company to commence im­mediately.

“If Ajaokuta project is ini­tiated and completed, funds won’t be a problem but one of the problems is bureaucracy.

“I can assure you that if that company becomes fully oper­ational today, it will pay itself and recoup money invested within 10 years.”

He maintained that Nigeria is not doing enough to utilise the Ajaokuta Steel to change the fortunes of the country.

Earlier, the Chairman of the Committee, Abdullahi Ibrahim Halims, stressed that the place of steel industry in the devel­opment and industrialisation plans of the industry is non-ex­istent, adding that Nigeria must be proactive to revive the mines and steel industry.

Some members of the com­mittee raised key questions on how long Nigeria will continue to play around the issue of in­dustrialisation without making serious efforts on Ajaokuta Steel.

Hon. Bem Mzondu alleged that there are a lot of “interna­tional conspiracies” militating against the realisation of the Ajaokuta dream, which, ac­cording to him, stakeholders were not ready to look in that direction.

Also, during the session, the Executive Director of the National Metallurgical Devel­opment Centre, Jos, Professor Linus Asuquo, said the sum of N718. 3 million has been proposed for capital as seven projects have been earmarked for execution.

Professor Asuquo solicited more funds to address some shortfalls, outsourcing of some services, as well as carry out its key objective of research and development.

He said the company sits on tens of thousands of acres of land, does a lot of mining pros­pecting with a view to discov­ering more areas of mineral deposits for explorations.

The committee, however, adopted his presentation and asked him to expect its feed­back.