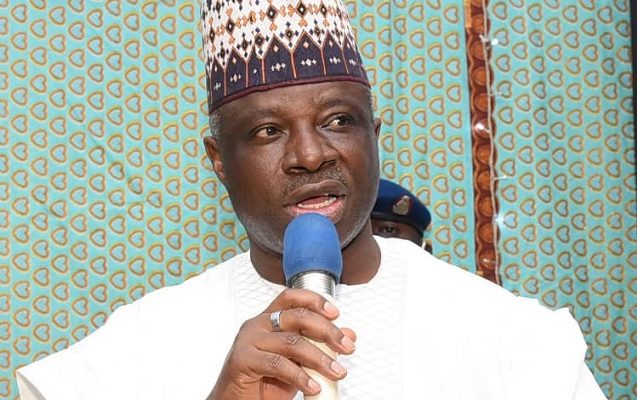 Indeed, outstanding people have one thing in common, an absolute sense of mission. Kogi Central has produced great senators with undiluted zeal, passion and courage which above all things, is the first quality of a warrior. Senators of intellectual sagacity and political Juggernauts worth mentioning when we talk of giant strides and quality representation, but I can categorically and unequivocally state that, Senator (Dr.) Yakubu Oseni is the only senator that has solely trend on the path of late distinguished Senator A.T Ahmed (may his gentle soul rest in the bosom of the Lord), when it comes to quality representation and scorecards of gigantic achievements.

In one basic sense, Kogi Centralites believe in the distinctiveness of Senator (Dr.) Yakubu Oseni’s mandate to be well‐justified. We must not dispute the fact that Kogi Central had in the past produced uncommon Kogites with unquestionable characters, politically determined and mentally oriented to change the narrations for good, but these combination of characters are so far below what Distinguished Senator (Dr.) Yakubu Oseni has in-store for our people.

Political representation in a democratic setting such as Kogi Central is a straightforward concept: About every four (4) years at a national level, citizens in defined geographic areas choose from a range of candidates themselves, to sit in the national parliament as representatives of the people living in that geographic areas.

Yet both theoretically and in practice it is far more complicated. While representative democracy is often poetically described as government “of the people, by the people, for the people”, it is not only ‘the people’ who are represented. Political parties, ideologies, states, business, unions, the environmental movement and lots more are also represented.

Furthermore, even the very notion of “the people” is amorphous as a representative cannot possibly represent the full diversity of “the people” and all their divergent and conflicting interests. In spite of all these conflicting interests, I still believe that people are really and exceptionally good at heart when it comes to quality representation, Senator (Dr.) Yakubu Oseni is a perfect example.

Apart from the fact that Senator (Dr) Yakubu Oseni is a man of eloquence, who can supply the oratorical gloss to finish legislation during floor debate, he has the legal skills that make him a superb craftsman behind committee doors.
This treasured Jewel called Senator (Dr.) Yakubu Oseni excel more at protecting his state’s interests and representing its point of view on the issues of the day. This is a man who adheres always to the dictates of his own conscience, a relentless investigator and a cheerful pragmatist whose willingness to split the difference makes it possible to pass a bill easily.

Example is not the main thing in influencing others, It is the only thing. If we must give to Caeser what belongs to Caeser and to gods what belongs to gods, the achievements of Senator (Dr.) Yakubu Oseni is crystal clear to the blind and laudable enough for the deaf. He has performed beyond expectations and should be sent for other national and international assignment come 2023 and beyond.

As we all know that between stimulus and response, there is a space, In that space is our power to choose our response and in our response lies our growth and our freedom. It is worth to note that His Execellency, Gov. Yahaya Adoza Bello has indeed prioritized our growth, freedom and development by supporting and projecting Distinguished Senator Dr Yakubu Oseni who became the peoples’ choice. This gentleman has actually proven to us that dignity does not consist in possessing honours but in deserving them.