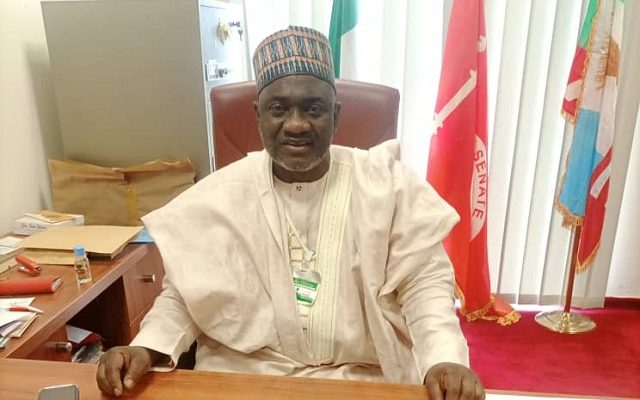 The Senate, on Wednesday, mandated its Committee on Power to liaise with the Federal Ministry of Power to take immediate and necessary steps towards the completion of the Abadigba-Egwume Power Project, in Dekina Local Government of Kogi State.

This resolution of the upper chamber followed its consideration of a motion titled: “Need for immediate completion of the Abadigba-Egwume Power Plant Project in Dekina Local Government Area of Kogi State” sponsored by Senator Jibrin Isah (Kogi East).

Senator Isah in his lead debate urged the Senate to note that sometime in 2007, the Federal Government embarked on a power plant project at Abadigba-Egwume in Dekina Local Government Area of Kogi State to light up Kogi East Senatorial District, against the backdrop of the persistent poor power supply in the area.

He noted that the project advanced with the installation of various equipment, including three giant power plants and two transformers, in readiness for connection with Geregu Power Station at Ajaokuta.

He added: “Concerned that the project has become one of the abandoned projects in the country as no effort has been made to complete it in line with the laudable intentions of the government, thirteen years after initiating it.

“Worried that this continued abandonment of the project has led to the destruction of some of the connecting wires and cables due to bush burning, in addition to vandalization by criminals, thereby occasioning avoidable losses to the government.

“Informed that the project is at 70% completion stage, according to information from engineers, and only requires minimal additional resources to make it functional; and

“Convinced that completing the Abadigba-Egwume Power Project will boost production activities and facilitate economic development, as most companies and business outfits currently rely on generators with the attendant increase in cost of production, leading to high prices of goods and services.”

Senators in their contributions supported the motion.