Home News Security: Today, You Can Come, Sleep in Ankpa Without Fear 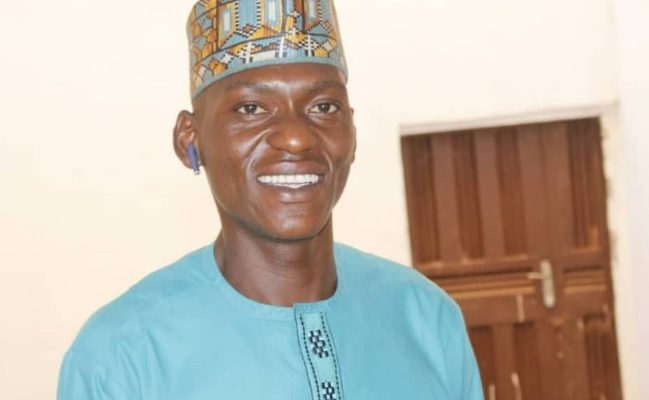 Security: Today, You Can Come, Sleep in Ankpa Without Fear

On 15th, of December 2020, Hon. Ibrahim Abagwu was sworn in as the Executive Chairman of Ankpa Local Government. The Abagwu-led administration was expected to urgently tackle several challenges that had hindered economic prosperity, sustainable security and council’s overall development. These challenges include, but are not limited to, communal conflicts, widespread poverty, youth unemployment, electricity shortage, corruption and what appeared to be the new normal in the area, kidnapping.

For Hon, Abagwu to make a success of his avowed intentions to bring the intended change that Ankpa craves, square pegs must be put to fit in appropriate holes with the introduction of exquisite policies.

Since 2007, the local government has been known with cultists, thugs and lately, kidnapping and several related endemic, but the coming of Hon. Abagwu as a Chairman of the  council, and healthy synergy with the state government, and relevant stakeholders, he has been able to not only mitigate security threats in the local government area, but absolutely nipped in the bud.

Before he assumed office, Ankpa had become a safe haven for criminality, hence, a dangerous habitat for her sons and daughters with fortunes living within and outside the council. The ugly scenario became heightened, and called for worry as many of our brothers who lived outside the town, and victims of their nefarious activities lamented in then status of Ankpa as nest for kidnappers via our social media platforms.

Conversation has been on for possible steps to ameliorate the situation without any practical action towards annulling these endangering threats, but today, I can tell you categorically that the latest trend in Ankpa is no longer a hear say. Every living being in this area of the country can comfortably sleep with two eyes closed, go about their normal business/activities without any form of insecurity, and/or altercation with miscreants and hoodlums.

Before moving further, it is imperative to break, re-energize my pen and right the perception of expected readers, that my stance on insecurity does not have any correlation with my principal, but for the sake of next generation yet to come. A battered society have nothing plausible for the next generation to inherit, rather a continuation of criminality and chaos.

It is on record that Boko Haram insurgent started like this, then, government and other stakeholders sees it as nothing, but today Boko Haram metamorphosed and ranked amongst deadliest terrorists group in the world.

Kidnapping can never be a source of living for any decent human being, and  community. Beside, what is the dichotomy between the condemnable period of slave trade in our history, and the latent satanic display of Kidnapping for ransom? This indiscriminate and incessant kidnapping, and other forms of terrorism have expelled foreign investors from our country, and ultimately denied many of our brother’s/friends from investing in our land. Should this criminality be further allowed to thrive?

We have ceaselessly cried over the increasing rate of unemployment among our youths/graduates who ought to form the bedrock of the society. Yet, we artistically paint our council with ugly crayon. No sane investors consider investment in a location with unhindered instability.

I use this opportunity to call on every Ankpa sons and daughters both home, and abroad to unanimously join hands with Hon. Abagwu to end insecurity in Ankpa Local Government Area, because terrorists and kidnappers are no respecters of anybody, unless if the fragrance of riches is not perceived within you.

It is crystal clear Abagwu cannot do it alone, he is just a human, father, son, brother who is crowned to input his best. He needs your unbiased support to succeed. Undeniably, he is subject to questioning and accountability, no any decisions is taking today without  consulting and receive a nod from the good people of the council, that is why every ward representatives at the legislative council must have all their hands on deck to ensure due diligence are done when it come to governance at the council.

To this end, the blood of human is too expensive, precious to be wasted because of mere issues. The council Chair under the leadership of Abagwu would never tolerate nor accommodate devilish and nefarious acts, and the government in her part, would never compromise the fight to engaged on the spilling of Innocent blood.

He is there to serve you. He would never betrayed the mandate given to Him to protect the lives and properties in Ankpa Local Government.