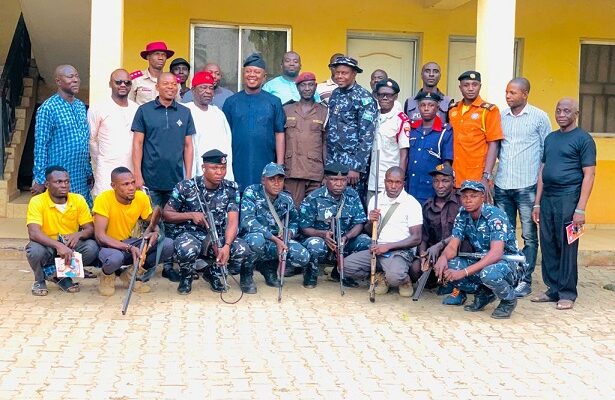 Executive Chairman of Omala Local Government Council, Hon. Ibrahim Yakubu Aboh, has called on security agents in the area to enforce the suspension of late night activities in the area as from 10:00pm.

Chief Aboh made the pronouncement in his office at Abejukolo during a meeting with heads of security agencies from the area, traditional rulers and community leaders.

He said “all business activities taking place at night such as hotels, drinking and recreational centers are by this announcement directed to close by 10:00pm everyday”.

“This is to help control and monitor activities of strangers in our communities to forestall break down of law and order. The government is working round the clock to keep the area safe for all in every season”.

The council boss appealed to members of the public to show understanding and cooperation, as he maintains that the ban is for the interest of all and sundry.

He called on every citizen to be vigilant and volunteer credible and timely information to security agents.

He further reminded parents and guardians to be on their guard and caution their children to refrain from keeping undue late night and shun associations or company that do not speak well of their origin.