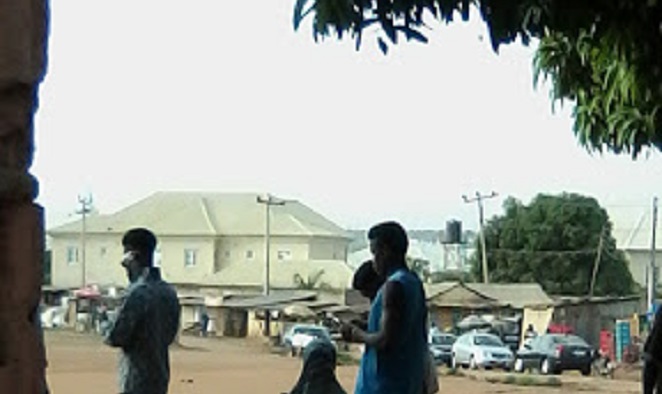 Baby Annabel, 15 months old, from Pergasson Galadimawa, a rural community in Abuja, Nigeria’s capital city, weighs about 5.5kg and cannot walk on her own. She looks too pale and small for her age. She is barely surviving due to acute malnutrition, perhaps, because of her parents’ resolve to see her alive despite their inability to provide the essential nutrients she needs.

“My daughter has not been eating well,” her mother, Mrs. Grace Paul, told The Insight. “I only give her breast milk for now because that is what I can afford. There is no money to buy milk or fish for her. Food is costly these days. Because we farm grains, we manage to eat ‘tuwo’ from corn and make soup from okra and vegetables we harvest from the farm. I give her whatever is available in the house. She is one year and three months but cannot walk. We believe God that she will start walking soon.”

Mrs Grace lamented that her daughter had several times fallen ill with diarrhoea, vomiting, and fever but she could not afford to take her to the hospital because of the high cost of hospital treatment. She believed that if her daughter is able to feed properly, her health would improve.

“Hospital is expensive so I go to the chemist to buy drugs whenever she is sick,” she explained.

She complained that despite the pitiable situation they are in, the government has done nothing to help them yet. She, therefore, called on the government and well-meaning Nigerians to come to their aid and rescue their children from dying or growing into underdeveloped adults.

Although the community is just about two kilometres away from a gated community in the area, it lacks basic amenities such as light and portable water. Residents rely on the flowing ground waters. They sometimes have to trek long distances to the better-planned gated community to beg for clean water.

Another resident of Pergasson Galadimawa Mrs. Abba Siya is a 25-year-old mother of four, with no formal education. She told The Insight that although she could afford to take her children to government-owned hospitals when they fall ill, she did not have the resources to feed them with food such as milk and fish that will give them the essential nutrients they need.

Abba Siya, who has just been delivered a baby a few days ago, lamented that because of the lack of funds, she is also unable to feed properly to supply the right nutrient to her newborn through breast milk.

Apart from the lack of basic food nutrients, they also lack potable water and electricity. This explains why the children often fall ill to diarrhoea due to ingestion of unclean water.

Although only two households were interviewed, The Insight noticed that majority of the children age 0-5 years in the area were poorly nourished, as evident in their physical appearances. Mrs Siya called on the government to help provide them with basic skill acquisition programmes and financial support to help them carter for the basic food needs of their children.

Nigeria has the second highest number of malnourished children globally

According to data by the United Nation’s Children Fund (UNICEF), Nigeria has the second highest number of malnourished children globally, with a national prevalence rate of 32 percent of children under five.

According to UNICEF, at least “two million children in the country suffer from severe acute malnutrition (SAM), but only two out of every 10 children affected is currently reached with treatment. The first 1,000 days of a child’s life offer a unique window of opportunity for preventing under-nutrition and its consequences.”

“A look at the price of food items that supply basic nutritional needs, especially of children raises concerns about the fate of the Nigerian child. This is because the price increases may worsen the situation for the Nigerian child. Moreover, it has consequences to further sink the country’s health indicators.”

Food inflation in Nigeria quickened for the seventh straight month to 23.34% in September 2022 from 23.12% in the previous month.

Experts said consumption of essential nutrients is important for the wholesome development of children, especially before age five.  Basically, signs of malnutrition are easily detected by the physical appearance of the malnourished children. For instance, a child who lacks adequate nutrient could look pale, yellowed eyed, swollen tommy, long neck and of course loss weight.

A medical practitioner, Ms. Comfort Joakim, an instructor at the Pogil College of Health, Ogun State, explained that children who do not get adequate food to meet their nutrient needs are at risk of malnutrition-related diseases such as diarrhea, cough etc. “Kwashiorkor is an indicator of malnutrition among children; a situation where children grow abnormally with long neck and big abdominal region.” Comfort said.

Dr. Florence Unchendu, a lecturer and Public Health expert at the National Open University Abuja, and Chairman of the Nutrition Society Nigeria, Abuja, said malnutrition portends to the development of many Nigerian children.

“Although there are no specific government data on child malnutrition in the Federal Capital Territory (FCT), the situation in the country and the North Central zone is a typical representation of the fact that many children suffer from malnutrition in Abuja,” she said.

She explained that there is high prevalence of malnutrition among children in the IDPs camp and local communities in Abuja. According to data by the Nigeria Demographic Household survey 2018,37% of children are stunted, 22% are underweight and 7% are wasted.

“This is an alarming situation that calls for immediate attention. When looking at the micronutrient indices, about 30% are Vitamin A deficient,” Dr Uchendu said.  Vitamin A deficiency leads to night blindness among infants, a situation where they are unable to see properly at night. Amino acid deficiency is 20%, iodine 28%.  Persons displaced by bandits and flood contribute to malnutrition status in the FCT. ”

She lamented that food scarcity may go high in the community this year because of floods and destruction of farms and food stores. She feared that many children would be malnourished, if nothing is done to salvage the situation.

Dr. Uchendu recommends that the government should draw up policies to make sure that these vulnerable groups of people are cared for.

“Basic food should be released to them as a matter of emergency. The government should also make plans for the future because the number of malnourished children will increase as a result of flood,” she argued.

She  told The Insight that there was also need for the government to empower heads of these households with basic skills and capital in order to mitigate the looming hunger situation because whatever palliative measure was taken now may not be sustainable without the households having source of income.

Furthermore, Dr Uchendu advocated for awareness campaign among rural women on the need for planned birth and birth control in order to have only children they can cater for. 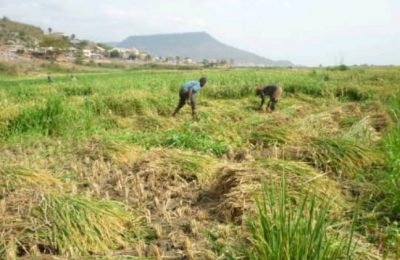 COVID-19: Nigerian Farmers Yet to Recover From Impact of Pandemic 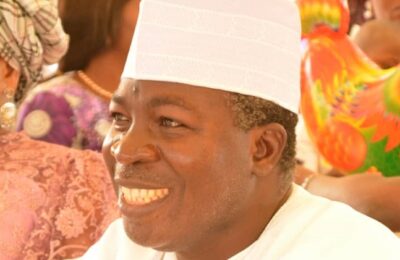 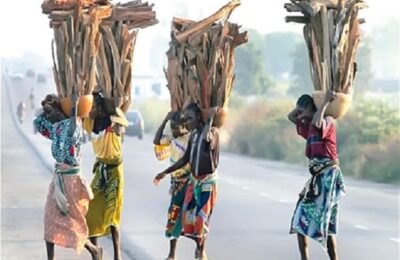 Original Inhabitants of Abuja: A People in Need of a Place to Call Their Own