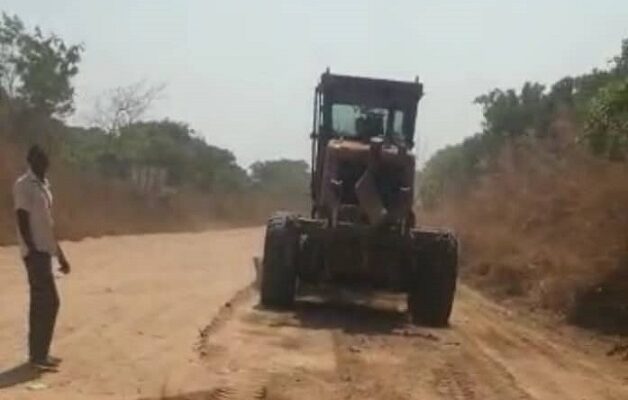 Abejide is the flagbearer of the African Democratic Congress (ADC) for the 2023 House of Representatives election in Yagba Federal Constituency, Kogi State.

Ahead of Yuletide in 2021, Abejide who is the Chairman, House of Representatives Committee on Customs and Excise had rehabilitated the road from Ilu-Hagba to Isanlu.

The current effort, which is under the supervision of Road Committee of Apapo Omo Yagba sociocultural group is sponsored by Hon Abejide to assuage the suffering of the people of Yagba Federal Constituency.

According to the spokesman for the Apapo Omo Yagba Road Committee, Mr Moses Bablo, Abejide’s action by swiftly mobilising the contractors to site was in fulfilment of his assurance to members of the Committee during a recent save-our-soul (SOS) visit to him in Abuja, to see that the job is completed in good time.

“Happily, as you can see, the contractors and equipment have mobilised to site, the palliative work on the road commenced on Wednesday and is ongoing and will be completed before December 24, 2022 by God’s grace”, said Bablo.

He disclosed that the motive behind the current intervention was to make the road more motorable for travellers during the festive seasons.

It will be recalled that in the face of the several years of utter abandonment of the roads within and around Yagbaland by the federal government, resulting in loss of businesses, highway robbery attacks, kidnappings and rape, Abejide since his election in 2019 to the lower chamber of the National Assembly, has served Yagbaland, and indeed Okunland with distinction especially in terms of rehabilitation of roads, construction of drainages, bridges and culverts.

Beyond road interventions, Hon Leke Abejide in just one term as a member of the Federal Parliament has continued to empower his constituents in various ways, including payment of WAEC fees for all SSSCE final year students of government-owed and later both government and privately-owned secondary schools since 2018; provision of 100 motor vehicles; a combined 100 tricycles and motorcycles; 200 water pumps and 500 generators; building of 300-capacity ICT Centre, and has made available 100 brand new laptops for starters. This is besides placing about 50 students of tertiary institutions on his direct scholarship, among others.