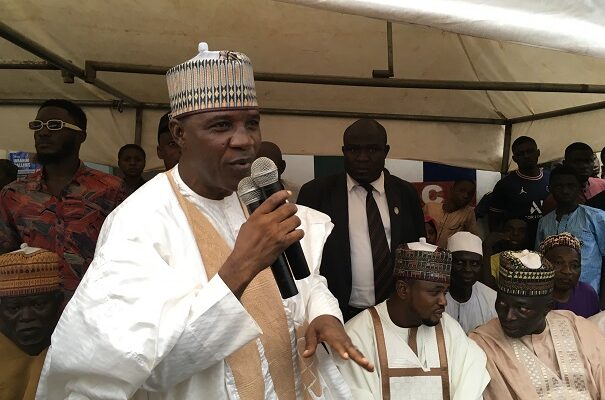 Leading House of Representatives candidate for Ankpa, Omala and Olamaboro Federal Constituency on the platform of the All Progressives Congress (APC) in Kogi State, Rep Abdullahi Ibrahim Halims, who doubles as Chairman of the House Committee on Steel has inaugurated his campaign coordinators in Ankpa Local Government Area of Kogi State.

While presenting his address during the inauguration ceremony at Ankpa on Saturday, the Rep. tasked them to reach out to members of the party from “top to bottom” assuring that when reelected, he will sustain his efforts at tackling infrastructure deficit, despondency, unemployment, human capacity building and initiatives that will elevate the youths toward prosperity.

Also speaking, the Deputy Speaker of the Kogi State House of Assembly and member Representing Ankpa II State Constituency, Rt. Hon Rabiu Isiaka Alfa urged the appointed Coordinators to reach out to the Coordinators of other APC’s candidates in a view to work harmoniously during rigorous campaign.

He noted that Hon. Halims has been tested and proven capable with the needed acumen, erudition, resources, networks, followers and wherewithal to make all proud stressing that the utmost political victory is the one that has no exception and hence, the need for unity of purpose among all party members.

The inauguration was well attended by various degree Leaders and Mobilizers of the ruling party including the Executive Chairman of Ankpa Local Government Area, Hon Abagwu Ibrahim. Earlier in his welcome address, the Chairman spoke on the importance of unity, oneness and supremacy of party decisions as he appealed to aggrieved members not to desert the party.