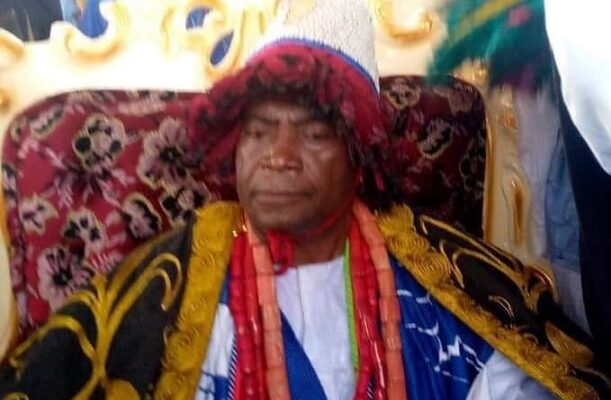 The Attah Igala and President, Kogi state traditional council, HRM Matthew Alaji Opaluwa has called on the displaced people of Bagana communities in Omala Local Government Area of the state to return home as necessary measures have been put in place to ensure their safety.

The Monarch, gave the assurance in a meeting held recently in his palace at Idah with some royal fathers from Kogi East in a bid to permanently resolve the crisis.

The royal father, expressed his unhappiness at the failure of Onu Otutubatu, Chief Salifu Anyebe to build his palace at the tomb of Abutu -Aje, the progenitor of Attah Igalas.

He added that the absence of the palace at the shrine has made the gods/ ancestors to be angry with the land.

Meanwhile he had directed the relocation of Onu Otutubatu and Ihankpe Palaces from Bagana to their respective domains, the District Head of Bagana, Alih Haruna should return home to provide leadership for the people, even as chief Salifu Anyebe should mend fences with Onu Ife, HRH Boniface Musa, for peace to reign.

He promised to visit the shrine soonest as part of the ascendancy rites.

He , however, sound note of warning to the Agatu Militias from Benue state who are allegedly terrorising the people of Bagana and its environs to desist, saying their continued attack on the people would amount to the declaration of war against Igala people.

While disclosing the commitment of His Royal Majesty to the peace process, the Ojogba of Ife , Hrh Boniface Musa assured that the latest intervention by Attah Igala is capable of returning lasting peace and security to the Communities.

He said, Onu Otutubatu had informed him of his inability to meet up with the proceedings.

According to him” the vehicle he, Onu Otutubatu was traveling in broke down at Abaji in Abuja and all efforts to fix it on time failed.

He explained that Onu Otutubatu will not be able to send representatives to the meeting but pledge to abide by the resolution of the meeting.

Meanwhile, the stakeholders in attendance, agreed to adhere to the terms and conditions of the resolution.

Recall that the Bagana Crisis which started in 2012 as Fulani Herders and farmers clashes, snowballed into tribal and clannish cleansing that has reduced the communities to rubbles, with heavy humanitarian crisis.

Successive administrations from Gov. Ibrahim Idris, Idris Wada and the present administration of Alhaji Yahaya Bello have directed the Onu Otutubatu, Salifu Anyebe and Onu Ihankpe clan , to relocate their palaces from Bagana to their domains as part of measures to end the crisis.

However, the directives have not been met with concomitant sanctions.

In his contribution , the Ogohi Akpacha, who is also a member of the Local Government 11 man Committee on the crisis noted that, Onu Otutubatu has not been consistent with the peace process.

He added that his failure to attend the meeting was affront to the constituted authority, alleging that his actions have constituted a clog in ending the violence.

Also, the acting Aidu of Ogodu, chief Adejoh Adams reminded the gathering of similar directives by Kogi state Governor Alhaji Yahaya Bello through the ministry of Local Government and Chieftaincy Affairs which he ignored without sanctions.

He urged the Attah Igala to take proactive measure to ensure that his directive is implemented forthwith.

He called on the warring parties to sheath their swords in the interest of people to enable the displaced to return home to pick up their ruined livelihoods.

In a remark, the Ega onu ife and District Head of Bagana, Chief Alih Haruna , whose palace was razed down in the wake of the crisis appealed to Attah Igala to invoke appropriate sanctions on those frustrating peace of the area.

They urged them not to stop at the mere dishing out directives but to enforce it no matter whose ox is gored to restored peace to the embattled Communities.

Spread the love
Tweet
Previous Post2023: Failure to Collect PVC and Vote After All the Noise Highest Disservice to Faith, Nation - Bishop Ibenu Next PostRep. Halims Inaugurate Coordinators in Ankpa, Tasks Them on Top-to-Bottom Outreach