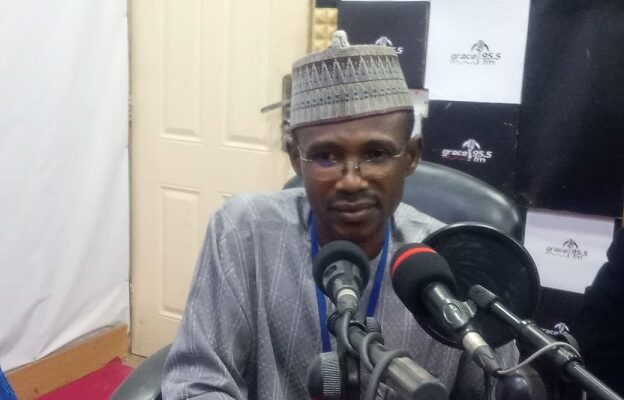 Over 50 illegal medicines stores have been shut down by the Pharmaceutical Society of Nigeria (PSN), in Kogi State.

The Kogi State Chairman, Pharmaceutical Society of Nigeria (PSN), Dr Lawal Muhammed, disclosed this on Tuesday while speaking on the 2022 International Day against Drug Abuse and Illicit Trafficking when he appeared as a guest on Grace 95.5fm Lokoja which was monitored by our correspondent.

Dr Muhammed described the high circulation of hard and sub-standard drugs in Kogi State by quack medicine store owners as very worrisome, stressing that if not quickly checked it will pose a great danger to the already fragile security state of the country.

He said recent findings by the association revealed that school drop out, individuals who lost their jobs from different field had ventured into drug businesses in Kogi State, just as they now see the sale of drugs as a way of making quick money.

He said the association is still in the process of clamping down on more illegal medical stores and premises, adding that anyone caught will face the full wrath of the law.

“Drugs are being made available, easily, especially the controlled drugs. These days everybody goes into drugs irrespective of who they are. It is amazing to hear that recently, a woman had issues with her matrimonial home, got separated, and later became a single mother. The next thing we saw was that she now has a medical store without any qualification to back it.

The pharmacist also lamented that patent medical dealers had failed to stuck drugs in line with the acceptable guidelines in the country.

Continuing, Muhammed said “they have their guidelines. There are categories of drugs they are supposed to store, but because of the quest of making money, you will see them storing all manners of drugs. When the regulatory agency begin to clamp down on them, they will start coming out with sentiment that we are witch hunting them.

“Let me quickly make an illustration. If a village hunter is allowed to carry AK 47 you will agree with me that he won’t know how to use this rifle properly. The chances are high of him abusing the rifle. That is why you see that there are personnel’s that are allowed in handling high calibre rifles like the military.

“The same scenarios is what is applicable to drugs. It is not every individual that is licensed to handle all kinds of drugs. We have drugs for Primary, Secondary, and Tertiary   health care services. This categories of drug is not meant to be handled by a School certificate holder, or somebody who just lost his job or a road side seller. They are supposed to be handled by professionals because we have safety issues around this drugs”.

He specifically fingered importers and drug manufacturers for this growing trend of drug abuse, adding that, the target given to their company representatives have strengthen  the menace of drug abuse in the country.

He identified drug distribution as one of the problems negating the fight against drug abuse in Nigeria adding that, many drugs have been sold to un-authorised medicine store outlet in the country.

Speaking further, the Pharmacist said, “the drug manufacturers, importers are also part of this problem. They give out drugs to company representative to help them market and distribute. But because the representatives are under pressure, they do otherwise.

“Their representatives are usually given target to sell their drugs. They are expected to make millions of naira for the manufacturer within a specific time. And Because they are under pressure, they don’t mind where they drop this drugs”.

According to him, banditry, kidnapping, armed robbery could be trace to illicit drug use, stressing that, many individual in Kogi State and Nigeria in general have access to all manners of drugs.

” This marketers sell this drugs to this outlet not minding if they are authorized to sell drugs in our State. They are doing this just because they want quick money. They don’t mind if the outlet is licensed to store this calibres of drugs. Is like you licensing every citizens carry AK 47. Of course there will be crisis. That’s what we are having in drugs today.

“Everybody carry all calibres of drugs. Why won’t there be crisis? Why won’t there be insecurity? All this banditry, kidnapping, raping, insurgency,  armed robbery attack and many more is because everybody have access to all manners of drugs,” he added.

He, however, called on the National Drugs Law Enforcement Agency (NDLEA), Nigeria Police, Pharmaceutical Council of Nigeria (PCN), National Agency for Food and Drugs Administration and Control (NAFDAC) and security agencies to intensifies efforts towards check mating this menace of drug abuse in the society.