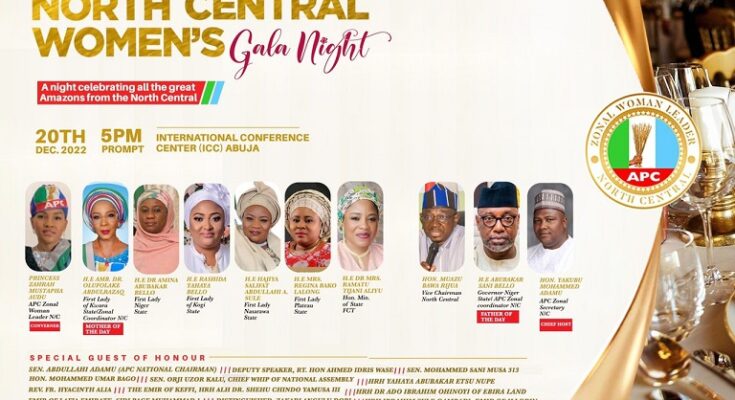 The event will feature special recognition for women of exemplary leadership and contributions to the development of the North-Central.

Speaking on the Program, the convener, Princess Mustapha-Audu maintained that aside from the array of educative, insightful, and entertaining programs lined up for the event, there will be special recognitions for Women who have done the Zone proud in their chosen endeavour with the meritorious services and contributions made towards the continued growth and development of the Zone at large.

She further revealed that it is a night to celebrate women who have been a strong pillar in nation-building and keep working for the sustenance of the society.

Princess Zahrah stated that it is a night designed to “rekindle the consciousness that in-spite of our different cultures, traditions, and ethnic cleavage, we remain one indivisible people who form the centre of our great nation, Nigeria, and we have always been very influential in deciding who leads our nation.”

She stated that this night would serve as a recommitment of the women of the North Central to ensuring a clean sweep for our party the All Progressive Congress at the upcoming elections in 2023.