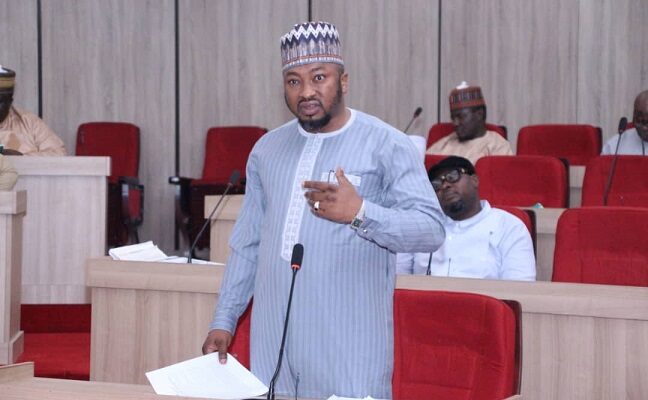 Kogi State House of Assembly, on Friday, impeached the deputy speaker, Rt. Hon. Ahmed Mohammed and three other principal officers of the House.

In an emergency sitting held at the Assembly Complex in Lokoja on Friday, the lawmakers accused Ahmed Mohammed of gross mis-conduct and arbitrariness in the discharge of his official assignment.

In a motion of urgent importance read by Hon. Enema Paul, member representing (Dekina/Okura), State Constituency, he said 17 lawmaker signed the impeachment of Hon. Ahmed Mohammed and others, adding that the affected members were also suspended from the house.

The Speaker, Prince Mathew Kolawole had earlier announced the dissolution of all the house standing committee.

Our correspondent reports that there was heavy presence of security personnel’s at the Assembly complex consisting of the Nigerian Police, Nigeria Security and Civil Defence Corps, (NSCDC) and Department of State Services, (DSS).

Ahmed Mohammed, the impeached Deputy Speaker is the lawmaker representing Ankpa I in the Kogi State House of Assembly.

Speaking with Kogi Reports on Thursday evening, a lawmaker in Kogi State House of Assembly gave insight into what will happen in the House on Friday.

The lawmaker who does not want his name in print told Kogi Reports that Governor Yahaya Bello had ordered the impeachment of the Deputy Speaker, Majority Leader and one other.

He described the move a “political sanitation” and a misdirected transfer of aggression.

The lawmaker fingered some unnamed members of Bello’s cabinet in the gale of impeachment in a desperate face-saving move to hide their betrayal during the just concluded presidential primary election of the All Progressives Congress (APC).