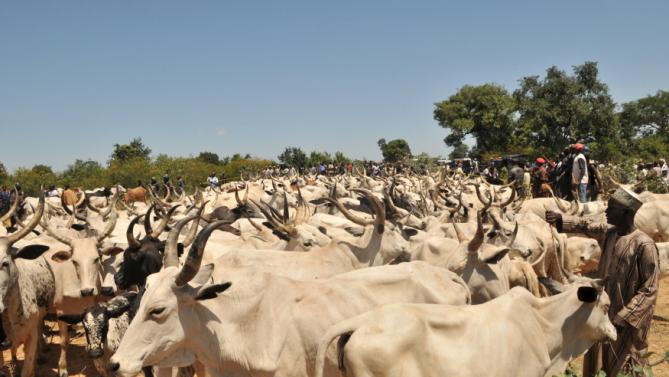 In a statement issued by the public relations officer, DSP William Aya, in Lokoja on Wednesday the Police command got a report that a trailer loaded with rustled cattle were heading towards Kogi state and immediately ordered the operatives attached to Quick Response Unit in collaboration with Hunters Group to promptly swing into action and they intercepted a red colour DAF 33 Trailer with registration number Bauchi B 881 KTG along Lokoja-Kabba junction road.

Three suspects; Musa Yakubu, Sanni Isah and Rabiu Sanni were arrested while thirty-three cows were recovered from them.

However, during interrogation according to the statement, the suspects confessed to the crime and are assisting in the ongoing investigation.