In an announcement via a Facebook post, Onyegbule stated that her resignation had nothing to do with neither her support for President Muhammadu Buhari nor the insinuation that she was joining another political campaign.

She thanked the Kogi State government for the opportunity to serve and restated her commitment to campaigning for Buhari in the 2019 elections.

“Yes, I resigned. Yes, I am still a Buharist. On the 7th of January 2016, I was part of the people inaugurated as the Media and Publicity sub committee for the Inauguration of Alhaji Yahaya Bello as the 4th Executive Governor of Kogi State. This historic inauguration took place on the 26th of January, 2016. By 23rd of February, 2016, I was appointed as the Senior Special Assistant on Electronic Media to His Excellency. I did my best on the role. And in recognition of my efforts, I was promoted to the position of Chief Press Secretary to His Excellency effective 1st of October, 2016,” she said.

“I credit myself for being very passionate about everything I am involved in either officially or as a cause. And I put my all into the discharge of my duties, to the best of my abilities. I invested all of me in ensuring I contributed my quota to the success of the administration of His Excellency as the Governor of Kogi State. Having given my all and in recognition of the fact that the only constant thing in life is change, I am convinced it is time to to move on as I seek fulfillment on another level.

“I am not a new convert Buharist. I was a Buharist when GMB sounded like a taboo to many. I am a Buharist now that we are seeking to take Nigeria to the Next Level. At this juncture, I will like to express profound gratitude to His Excellency, Alhaji Yahaya Bello for changing my story. I am not who I was in January 2016. I take with me invaluable experience money can never buy. Thank you sir.

“Edward Onoja was the one who recommended me for appointment even before we ever met. I will never forget the impact he has had in my life. And to the New Direction family, especially the Media Office of the Governor headed by Kingsley Fanwo, I remain grateful for the wonderful memories which will remain indelible in my heart forever.

“My boss is one of the hardest core Buharists I know. I am no longer part of his government but I belong to the larger Buhari family of which he is one and together we shall all do our bit to make the Next Level a reality by February. The insinuation that I resigned to join any other campaign is wishful thinking taken to another level. And to all my friends on this platform, thank you for having my back always and for all the support. Thank you.”

Her resignation is coming less than a month the Senior Special Assistant to governor Bello on New Media, Odaudu Joel Minister also resigned from the cabinet of the new direction government in Kogi State. 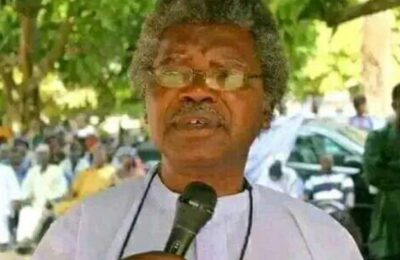 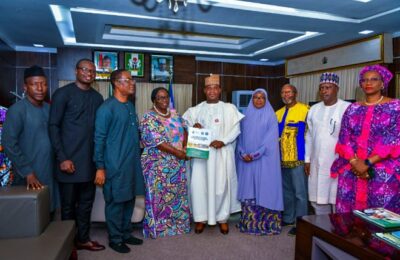