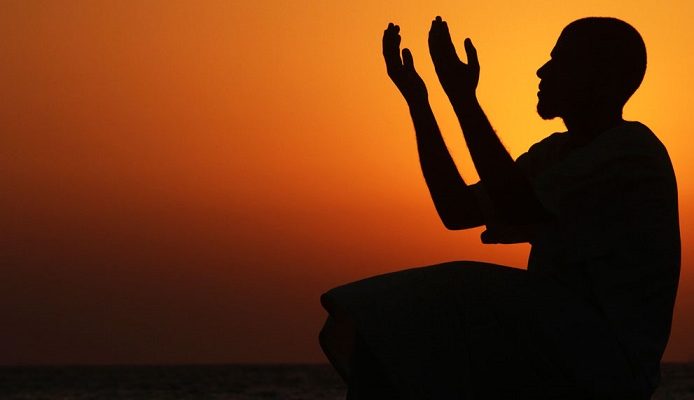 People Exempted From Fasting In Ramadan

In the Name of Allah, the Most Gracious, the Ever Merciful

All praise is due to Allah, the Lord of all creation. May the salutations of Allah, His peace and blessings be upon our Prophet, his family, his companions and his true and sincere followers until the Last Day – then to proceed:

Dear brothers and sisters, fasting for the sake of Allah Almighty is indeed a pious and beloved act in the eyes of the Creator. Allah Almighty, the Benevolent, never burdens a soul more than it can bear and He eases every task for His believers. Even though fasting in Ramadan is mandatory upon every functional and able Muslim, Allah Almighty has pardoned and excused certain people from the act of fasting if they are unable to fast due to certain legitimate reasons.

Ramadan, being one of the noblest of months in the Islamic Calendar, is one of the most revered and anticipated month in the lives of Muslims across the globe. It is a month of immense blessings and rewards like no other. It is a month of heightened spirituality and serves as an opportunity to get close to our Creator. Hence, it is the aim of each and every believer to make the most of Ramadan through fasting, exercising patience and control. However, there are people who cannot, physically or otherwise, keep a fast and Allah Almighty has excused them for it and provided alternate ways for them to compensate for it. People exempted from fasting are as follows:

1. Physical illness: Individuals who are suffering from any form of physical sickness (temporary or permanent) and they feel that fasting would worsen their health, are exempt from fasting. Moreover, if an ill individual feels that fasting may hamper the recovery process or cause greater damage to the body is also exempt from fasting. However, common fatigue or difficulty during a fast does not fall under the category of acute sickness and does not excuse that individual from breaking his/her fast.

2. Mental illness: Individuals who are mentally challenged or they are victims of any sort of mental illness which affects their cognition as a whole, are not required to fast in Ramadan, or on any other occasion. They are automatically exempt.

3. Travelers: People who are travelling are excused from fasting in the eyes of Allah Almighty if they meet the following conditions:
a. Their duration and distance of the journey should be such that it falls under the category where prayers are shortened.
b. The purpose of travel should not be sinful – in any way.

4. Women during menstruation: Women who are going through their monthly period cycles are exempt from fasting. They may continue fasting once their cycle has ended completely and they perform the proper Ghusl (bathing).

6. Old age: Individuals facing senility and old age are essentially exempt from fasting. With old age comes weakness, terminal illnesses, loss of mental faculties and extreme fragility, hence, it is believed that people in their old age are not required to fast at the cost of their health.

7. Children who have not reached puberty: Fasting is not obligatory on children that have not yet undergone puberty. Once they do, then it becomes mandatory.

Even if life’s circumstances do not allow one to fast, Allah Almighty is kind enough to provide alternate ways of compensation where one can make up for the missed fasts and reap equal benefits and blessings in the blessed month of Ramadan.

Allah the most merciful has exempted those people from fasting in Ramadan. Some cases like; sick, old people, or travelers. And they have to make up for those days later and give compensation to the poor and needy. Allah Almighty says:

“[Fast] on a certain number of days. But whoever of you is ill, or on a journey, shall fast instead the same number of days later on.” [Qur’an, 2:184]

“So whoever sights [the new moon of] the month, let him fast; and whoever is ill or on a journey then an equal number of other days. Allah intends for you ease and does not intend for you hardship.” [Qur’an, 2:185]

Imam Bukhari mentions that:
“Al-Hasan and Ibrahim mentioned that an elderly person who finds fasting too hard may feed a poor person. Anas did that for a year or two when he was too old: he fed a poor person in compensation for every day he could not fast.” [Bukhari]

And Ibn Abbas said:
“Each should feed one poor person in compensation for every day of fasting.” [Bukhari]

He the Most High also says:
“So whoever sights [the new moon of] the month, let him fast; and whoever is ill or on a journey then an equal number of other days.” [Qur’an, 2:185]

Anas reports that:
“We used to travel with Allah’s Messenger, and a fasting person did not press an advantage against one who did not fast, nor did the one who was not fasting claim that he was doing better.” [Bukhari and Muslim]
During his travel, the Prophet (Peace be upon him) saw a man who was being given covering shade because it was too hot, and people gathered around him. When he was informed that the person was fasting, the Prophet (Peace be upon him) said:
“It is not an act of righteousness to fast when travelling.” [Bukhari]

Abu Sa’id Al-Khudri mentions that the Prophet (Peace be upon him) clearly stated that a woman in menstruation may neither pray nor fast. She is required to compensate by fasting later on. Aishah said:
“It happened to us and we were ordered to fast later in compensation, but not to compensate for missed prayers.”

Anas reported that the Prophet (Peace be upon him) said:
“Allah has reduced a traveller’s prayer by half and exempted him from fasting, and He has exempted pregnant and breastfeeding women from fasting.” [Ahmad, Tirmidhi, Nasa’i and Ibn Majah]

Ibn Abbas said:
“If a breastfeeding or a pregnant woman fears for her child, she does not fast, but she feeds a poor person.” [Abu Dawud]

I pray to Allah Almighty to make us among those who are able to take advantage of the opportunities provided to us in the month of Ramadan; to make us among the people of Taqwah (piousness), to accept our good deeds, to forgive us, to keep us safe and fully protected from the Hellfire and to make us all enter into Jannah (Paradise), ameen.

May Allah send His Salah and Salam upon our noble Prophet Muhammad (Peace be upon him).

And all praises and thanks are due to Allah alone, Lord of the worlds. May the peace, blessings and salutations of Allah be upon our noble Messenger, Muhammad, and upon his family, his Companions and his true and sincere followers.

And I pray, May Allah grant us the opportunity to witness this coming month of Ramadan in good health, ameen.

– Murtadha Muhammad Gusau is the Chief Imam of Nagazi-Uvete Jumu’ah and the late Alhaji Abdur-Rahman Okene’s Mosques, Okene, Kogi State, Nigeria. He can be reached via: gusauimam@gmail.com or +2348038289761.