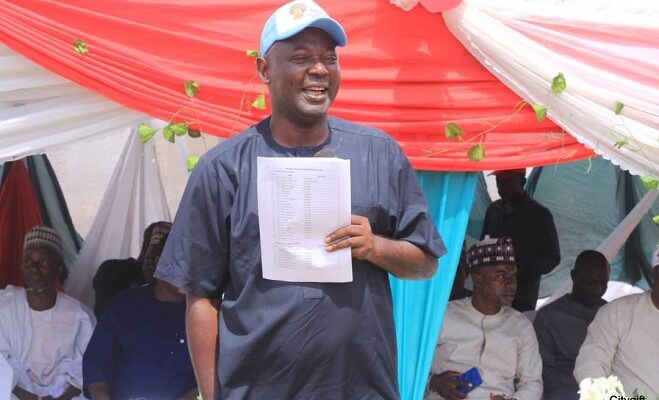 In a bid to ensure landslide victory for the Kogi Central senatorial candidate of the Peoples Democratic Party (PDP), Natasha Akpoti-Uduaghan Campaign Council has been inaugurated on Sunday.

The programme which was held at the country home of the PDP senatorial candidate in Ihima, Okehi LGA has in attendance the PDP Zonal Chairman, Kogi Central, Hon. Ilyasu Zubair; former House of Representatives member and Director General of Natasha Akpoti-Uduaghan Campaign Council, Hon. Abdulrahman Badamasi.

“The project is bigger than any individual as it is a pathway to set a paradigm shift in Kogi Central, ensure PDP becomes victorious in the election.

“We don’t need firearms, we don’t need to fight, don’t intimidate and don’t allow yourself to be intimidated, do not submit to their threat, we will live to enjoy our struggle”, he said.

He charged members of the party and the campaign council not to be deterred or give in to the antics of the ruling party.

Badamasiu called on the traditional rulers to maintain peace in their domains and not dance to the tune of any political party, adding that their power emanated from the people.

PDP local chairmen in the five local government of Kogi Central district reiterated their commitment to ensure the victory of the PDP senatorial candidate and other candidates of the party in the February 25, 2023 general elections.